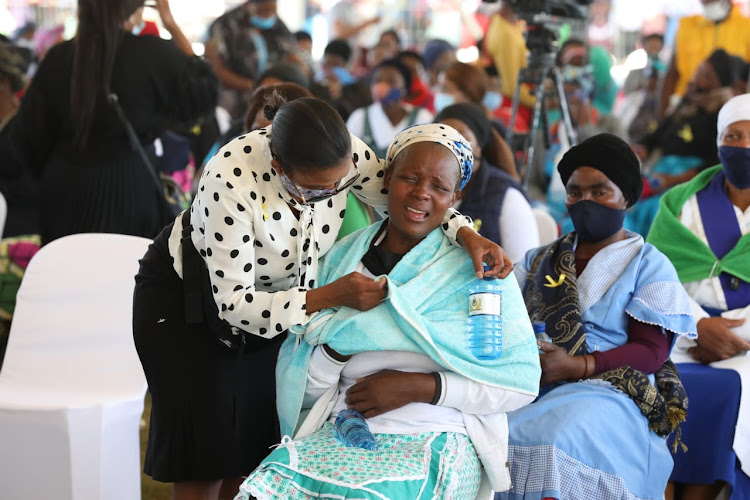 Mourners at the funeral of a family tragically killed in a minibus crash gathered in KwaZulu-Natal on Saturday, October 17 2020.
Image: Sandile Ndlovu

Hundreds of mourners gathered at Zidweni in the Bulwer area of the KwaZulu-Natal Midlands on Saturday to pay their final respects to 13 members of the Mndali family who tragically died in a taxi crash.

The fatal accident happened when the minibus rolled down an embankment near Underberg last Saturday.

A two-year-old child was among the relatives who lost their lives in the crash.

Two people survived and were taken to hospital in a critical condition. 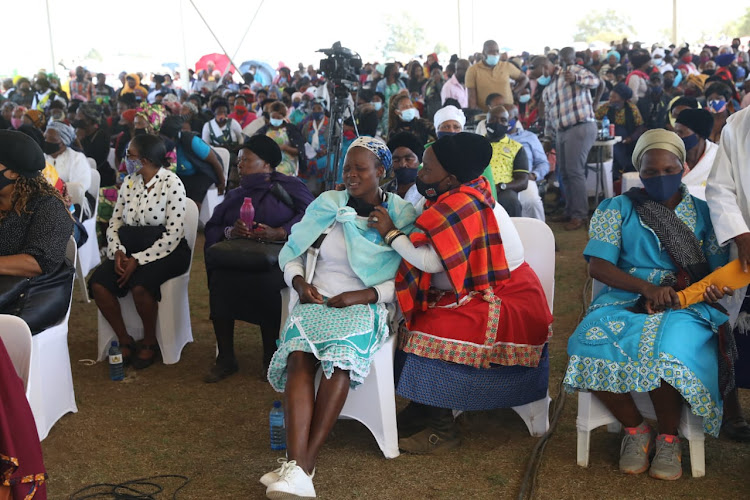 A large crowd of people gathered ahead of the funeral.
Image: Sandile Ndlovu

They had been returning home from a traditional ceremony.

However, due to the large number of people who arrived at the funeral, their attendance remained unconfirmed early on Saturday.

“It's an unusual accident in the sense that all the people who died belong to the same family. There are 13 of them who passed away and two are critical in hospital.

“So it is a real tragedy for the Mndali family,” Dlamini-Zuma told the media after the  accident.

Victims of horror KZN taxi crash to be laid to rest

Thirteen people, including a child, who lost their lives in a taxi crash in the KwaZulu-Natal midlands last week will be laid to rest on Saturday.
News
8 months ago

KwaZulu-Natal premier Sihle Zikalala is expected to meet relatives of the 12 people who died in a horrific taxi accident in the province on Saturday ...
News
8 months ago
Next Article