'Disgusted but unsurprised' - SA weighs in on appointment of Zandile Gumede 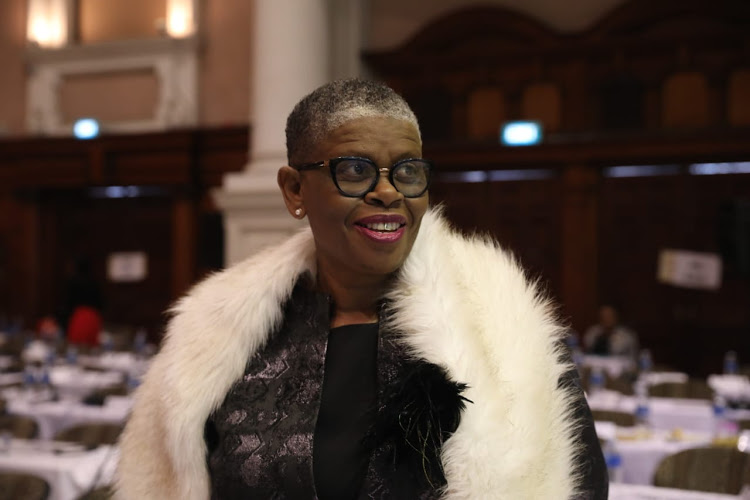 Former eThekwini mayor Zandile Gumede's redeployment comes despite the fraud and corruption case against her and her co-accused still being before court.
Image: Sandile Ndlovu

The corruption-accused former eThekwini mayor was sworn in as an MPL on Wednesday in Pietermaritzburg.

She is taking over from Ricardo Mthembu‚ who died of Covid-19 complications in July.

Gumede's redeployment comes despite the fraud and corruption case against her and her co-accused still being before court.

The former mayor was removed by the ANC KZN from the mayoral seat after a R430m corruption case against her and her 17 co-accused surfaced.

Gumede appeared in the Durban Commercial Crimes Court in July on charges linked to the tender fraud case dating back to 2016. The case against her and several co-accused was again postponed to September.

In a statement‚ the ANC KZN said Gumede was “innocent until proven guilty”.

“The ANC KZN is fully aware of detractors who will seek to use Gumede's ongoing court case to criticise the appointment. However‚ we subscribe to the notion of innocent until proven guilty‚ as enshrined in our justice system‚” said the party.

“As such‚ there is nothing untoward about the appointment of Gumede. As a firm believer in women empowerment‚ the ANC KZN is confident that Gumede‚ with her experience‚ is a worthwhile addition to the legislature.”

Reacting to the news‚ the DA said it was “disgusted by the ANC’s move to elect Gumede to a cushy seat”.

“This move is a slap in the face of every eThekwini resident‚ and indeed of every resident of KZN‚ who now has to foot the bill for Gumede’s lifestyle‚” said DA councillor Nicole Graham in a statement.

The EFF also issued a statement saying it was disgusted by the move.

“It is not surprising that the ANC has elevated Gumede from a PR councillor status to being and MPL while still embroiled in corruption allegations of squandering more than a quarter of a billion‚” said the party.

“The ANC has proven yet again that it has no ethics and morals‚ and that it is an organisation that values thuggery and thievery by awarding those who are always at the wrong side of the law with a token of appreciation for a job 'well done'.”

Many on social media‚ including The People's Dialogue founder Herman Mashaba‚ weighed in on the news. Here is a snapshot of what they had to say:

Zandile Gumede is the ANC. The ANC is her.

For South Africa to move forward, we need the right people with the right experience in the right positions.

Another comrade facing an ongoing corruption case is elevated to the legislature. The more things change, the more the stay the same. Nyeee nyeee new dawn... https://t.co/MPLCoyGxro

This whole Zandile Gumede debacle continue to show us that the ANC is using a very unique policy of “you steal, you get promoted”. They don’t give a danm about the whole intention of fighting corruption.

The ANC gave us the biggest middle finger with that Zandile Gumede stunt.

When corruption accused #ANC heavyweight & former eThekwini mayor Zandile Gumede is sworn in as a member of KZN legislature despite ongoing corruption case, don’t be surprised when the ANC fails to deal with internal corruption, ANC is like an incurable disease! #ZandileGumede