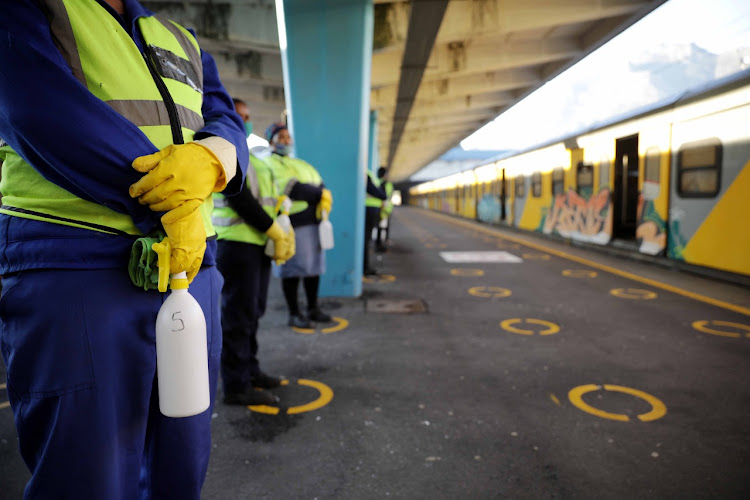 In Cape Town, Metrorail reopened only the southern line and ran trains only between Cape Town and Retreat stations.

WCape Transport MEC Bonginkosi Madikizela says that there is a number of things we have to fix, starting with our infrastructure so that trains are able to move during his visit to the #CapeTown train station @TimesLIVE @MbalulaFikile @WCGovTPW @ParliamentofRSA @CapeTownTrains pic.twitter.com/nsMKVCYoh7

Speaking inside a train waiting for passengers at Cape Town, Western Cape transport MEC Bonginkosi Madikizela said the train service was operating at 15% capacity on Wednesday.

“It looks promising that people are adhering to health guidelines because it's very important for people to get used to the new norm. We must wear masks, we must practise hygiene, we must also comply with social distancing,” he said. 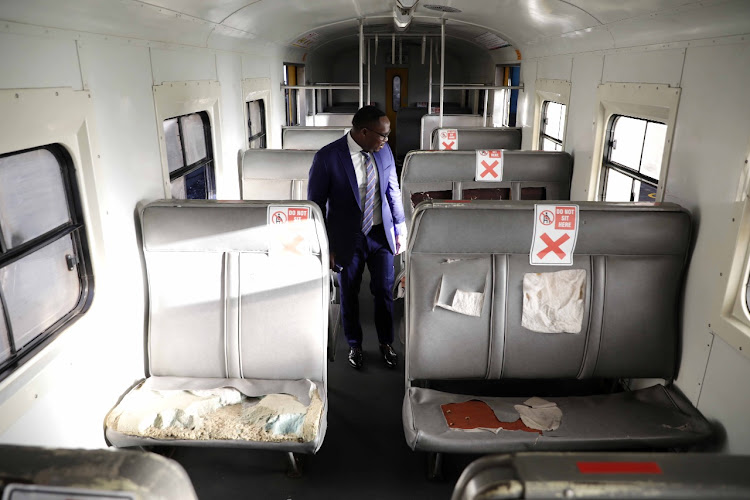 But the new norm hasn't done much to change the state of the trains. Though the layer of advertising for abortion services and penis enlargements has been scraped off, seats are still torn or damaged.

Cape Town's main Metrorail corridor, the central line, is still non-operational as most of the infrastructure has been looted along kilometres of  tracks.

Madikizela said the central line was a focus area for passenger rail agency Prasa as it provides vital public transport for some of Cape Town's poorest and most densely populated communities. 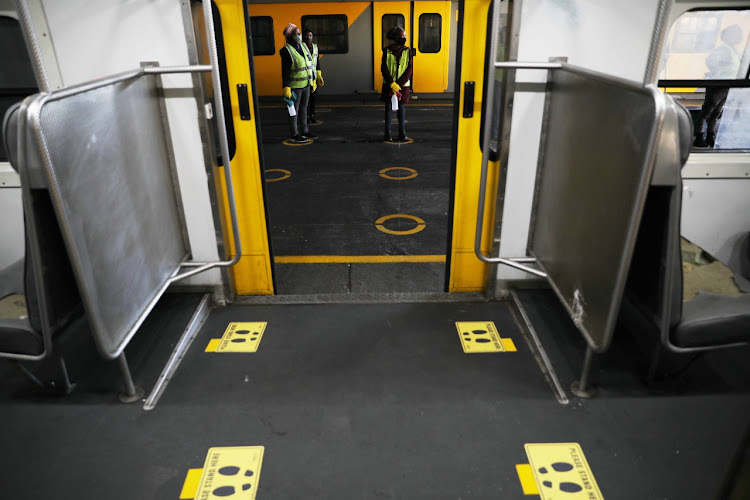 Passengers standing in trains will have to keep their distance as services slowly restart from July 1 2020.
Image: Esa Alexander

“The important one is the central line. There's a lot of work that still needs to be done there,” he said. “I said to Prasa, it's better to delay it and have it done properly than to rush it because of pressure and have it break down again.”

Madikizela praised Prasa administrator Bongisizwe Mpondo for the work he had done over the past few months to try to restore rail services in Cape Town which have been severely compromised by arson and vandalism.

He admitted that the state of the trains was not acceptable but said the key issues that needed to be dealt with were security and infrastructure.

The very first train to operate in Gauteng during the national lockdown was delayed after overhead cables were vandalized.
News
1 year ago

Limited train services will start in the Western Cape, Eastern Cape and Gauteng on Wednesday.
News
1 year ago
Next Article