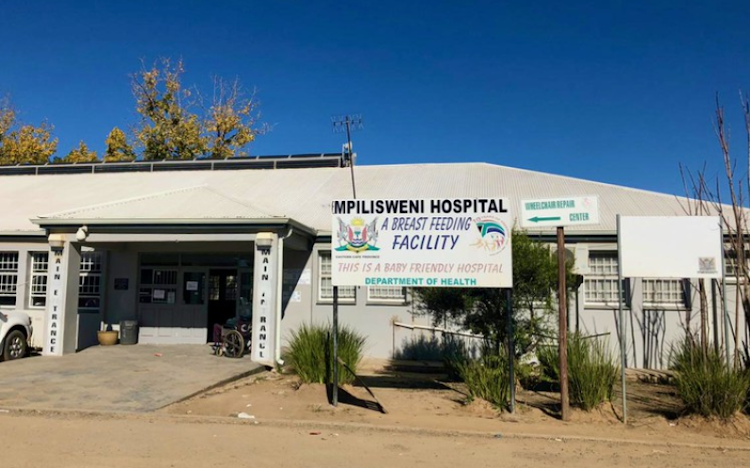 This was the facility’s second protest since the Covid-19 lockdown. Last month, nurses and doctors stopped work for a day in protest. They returned to work after management promised them PPE. That protective gear was supposed to be delivered last week, Tuesday.

The protesting staff said management has been relying on other hospitals in Queenstown and Aliwal North for PPE, and rumour is that there is no stock in Mthatha.

In 2017, the community shut down the small town of Sterkspruit because the hospital had only two doctors. After the protests, more doctors were appointed. Patreni said currently there are about ten medical staff, including two physiotherapists, a dentist, and pharmacist. But the new doctors were meant to be assisted with accommodation. The hospital had at first rented flats in town for them, but then stopped, citing a lack of funds.

“Doctors are now threatening to leave. We are already short-staffed and we cannot afford to lose these doctors. The community needs them,” said Patreni.

Healthcare workers in Gauteng are taking a stand against the lack of support and personal protective equipment (PPEs), downing tools at a number of ...
News
1 year ago

A group of 13 health workers from Masonwabe clinic in Ngcobo, near Mthatha, who screen people for Covid-19, told GroundUp that they had been working without PPE for the past two weeks. Engcobo Local Municipality last week said 11 people had tested positive for Covid-19 in the small town.

One of the health workers, who did not wish to be named, said they bought their own masks. They were issued masks and gloves on the 24 April but were told to use them for no more than seven days.

Kupelo said PPE will be delivered to hospitals in need.

He did not respond to questions regarding the accommodation of doctors at Mpilisweni Hospital.

Patients at Sterkfontein hospital in Krugersdorp were unable to take their medication, bath or have their breakfast on time as a result of the strike ...
News
1 year ago

Principals uneasy about order to return to school