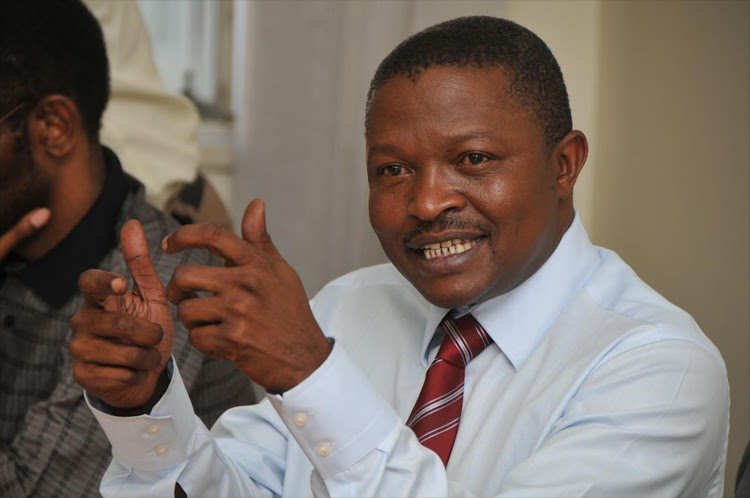 Deputy President David Mabuza has kept a low profile and remained mostly out of the news since the coronavirus outbreak.

But that was until former president Jacob Zuma's son Duduzane — in a Zoom conversation with his father for their Zooming with the Zumas reality show — decided to shine the spotlight on the former Mpumalanga premier.

The reality show, trending on YouTube, dropped on Tuesday with the release of a 44-minute first episode.

Many of the topics are dedicated to Mabuza — particularly how Duduzane claimed to have played a central role in getting the deputy president to Russia for medical treatment in 2015. He claimed at one point that he was Mabuza's “child minder”.

While the political motive behind the show remains a mystery, Duduzane made it clear that he was hurt that Mabuza had been ghosting him despite having saved his life.

In that part of the conversation — which is more of a monologue than a dialogue, with Zuma mostly silent — Duduzane lays bare how he organised for Mabuza to be secretly flown out to Moscow for treatment for alleged poisoning of then premier of Mpumalanga in 2015.

According to Duduzane, someone within Mabuza's circle called him and asked him to organise the trip after all medical intervention to treat Mabuza in SA had failed over three months.

It was at this point, claims Duduzane, that he organised a helicopter to fetch Mabuza from Nelspruit and take him to to OR Tambo International Airport, where he would be picked up by a private jet and taken to Russia.

But the helicopter, due to bad weather, could not get to OR Tambo and had to land elsewhere.

At this point, the plan changed as Duduzane dispatched a vehicle to fetch Mabuza, who arrived at OR Tambo looking frail and walking with a stick.

The take-off, he said, was to happen via the hot potato that is the Fireblade Private Terminal, which belongs to the Oppenheimer family.

Inside the private jet as it was preparing to take off, technical problems were experienced and technicians had to be called in to attend to it, which they did.

"During that period [while the jet was being repaired], he could hardly speak. He managed to utter a few words and he looked at me and he said, 'I didn't know who had made this plan, I didn't expect to see you', meaning myself.

'But now that I see you, I feel very comfortable and I'm happy because if you're attached to this place it means your father is attached to it and I appreciate this operation being made possible'. "And I said ... you're in the safest place at this point and then he relaxed a bit," said Duduzane.

On the other side, the team of pilots who were to get the plane en route to Russia expressed concern that the man being flown — Mabuza — looked too ill to be flying.

Duduzane was well aware of this and understood that if anything happened before they touched down in Moscow, all blame would be pinned on him — and he insisted that they go ahead nonetheless.

Does former president Jacob Zuma have millions of rands or dollars stashed away in a bunker at his Nkandla home?
News
2 years ago

Upon arrival in the former Soviet Union, Duduzane claims to have been the “child minder” of an incapacitated Mabuza, taking off his shoes and pushing him around in a wheelchair.

“I was the minder. I was pushing him everywhere. I was carrying him and removing his shoes, sometimes having to undress him because he was not in a great state,” said Duduzane.

“It was a touch and go for the now deputy president and for the whole time he was grateful to myself and yourself [former president Zuma] for whatever reason.

“I stayed with him for about five days. His medical programme was going to continue for a few weeks. The trip, from when we left up until we got back, very few people knew. The general person did not know where he was,” he claimed.

Duduzane claims to have left Mabuza in Russia.

A few weeks later, he went back to Moscow — accompanied by a Gupta brother — to fetch Mabuza, who had been treated successfully.

That was about the last time Duduzane met Mabuza in person, he alleges.

Upon return from Moscow, Duduzane said, Mabuza spent a few days recovering at one of the Gupta houses in Saxonwold, Johannesburg.

"He spend a few days at one of the guest houses in Saxonwold. He was looked after. He was there with his wife, so he was in good hands. I'm mentioning this story because he's someone who was dear to a lot of us and he still is," said Duduzane. He added that he wasn't sure why the pair's relationship seemed to have broken down.

“There has been a breakdown of my relationship with him — and not from my side. From my side, I do not know. Maybe one day we will have a conversation with him,” he said.

“I am not asking him for any favours and I have never asked him for anything. I was part of a team that saved his life.

“I used to speak to him post the operation we embarked on to check how he is doing. I am not sure that I have seen him since then, but we were in telephonic interaction — but out of nowhere, it just stopped.”