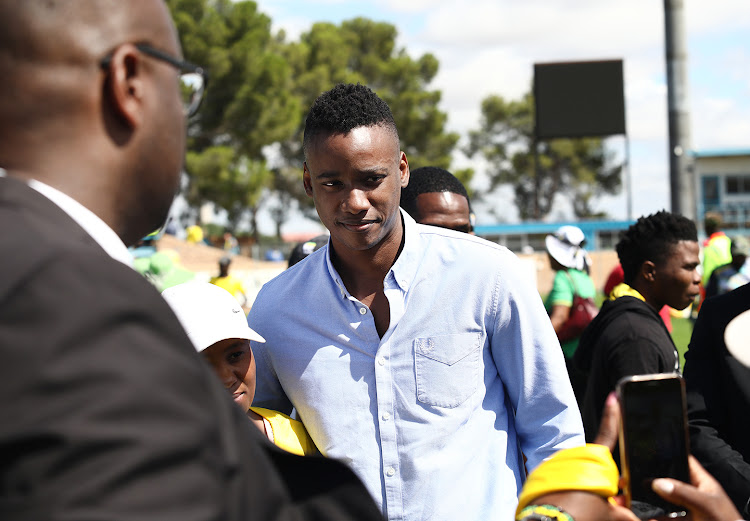 Former president Jacob Zuma’s son Duduzane Zuma was the centre of attention at the Tafel Lager Park stadium in Kimberley where the ANC is hosting its 108th anniversary celebrations on Saturday.

This was while his father was nowhere in sight as the party he once led celebrated its birthday.

And Zuma Junior made sure that everyone at the stadium noticed his presence.

No chance for we potbellied types

Pretty privilege, yeah that's one of the terms that "the woke" have added to the urban dictionary.
Opinion
2 years ago

Being a favourite among the ladies, Zuma Jnr walked around the stadium from corner to corner giving his fans a chance for selfies with him.

This while he was surrounded by six bodyguards in black suits.

Zuma Jnr also made a surprise appearance at the ANC gala dinner on Friday night, dressed stylishly in a suit and a bow tie.

While Zuma Jnr excited the crowds, it was only when President Cyril Ramaphosa arrived that the stadium erupted into song and applause.

Social media users have expressed shock that a case of culpable homicide has been withdrawn against former president Jacob Zuma’s son, Duduzane.
News
3 years ago

Ex-president Zuma goes back to court
News
3 years ago

The country's courts had a very eventful year which included dealing with numerous well-known faces.
News
3 years ago
Next Article