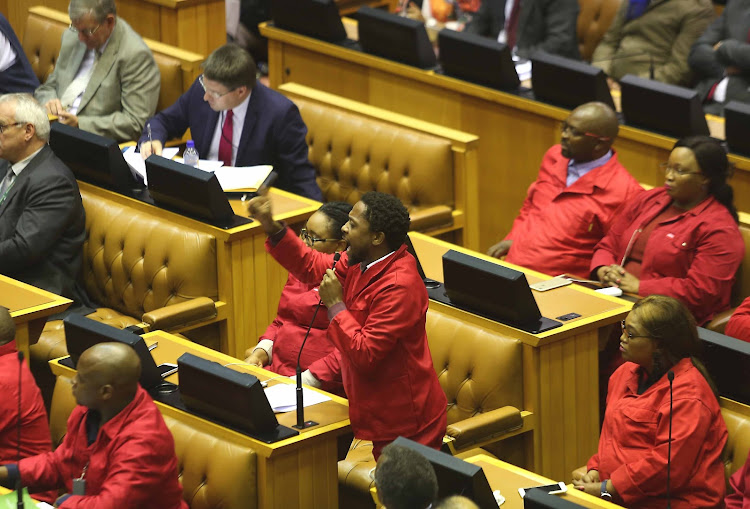 The EFF's Mbuyiseni Ndlozi said Kholeka Gcaleka had a tainted track record and should not be considered for the position of deputy public protector.
Image: Gallo Images / The Times / Esa Alexander

Eight candidates have been shortlisted for interviews for the position of deputy public protector next month.

The successful candidate will replace Kevin Malunga whose seven-year term ends on December 9.

But the inclusion of one candidate led to a heated and prolonged discussion when the National Assembly's portfolio committee met to shortlist them on Thursday afternoon.

The EFF objected to Gcaleka's inclusion on the shortlist, citing a tainted track record as a special adviser to former minister Malusi Gigaba, first when he was finance minister and later as home affairs minister. Gcaleka was also a senior deputy director of public prosecutions at the NPA between 2011 and 2016.

Her name was proposed for shortlisting by ANC MP Xola Nqola, but the EFF's Mbuyiseni Ndlozi objected saying he felt strongly against her inclusion.

Public protector Busisiwe Mkhwebane may soon have a new deputy.
News
2 years ago

“This name in my view needs to go through a predetermined eye of the needle before the interview. I really have problems with Advocate Kholeka Gcaleka, even coming for the interview. I am not persuaded,” he said.

Ndlozi said issues raised against Gcaleka in her history in various departments, at an advisory level, were substantial. “Would I wake up in the morning and complain about the state in front of a person with this record. I doubt [it]. The public protector's office must inspire ultimate independence, proper judgement in relation to the law, they must pass the highest test.”

He wanted ANC MPs to motivate why she should be interviewed.

Nqola was adamant Gcaleka met the criteria and was suitable for the set process. He vouched for her, saying she had the character, skills, knowledge and required experience. 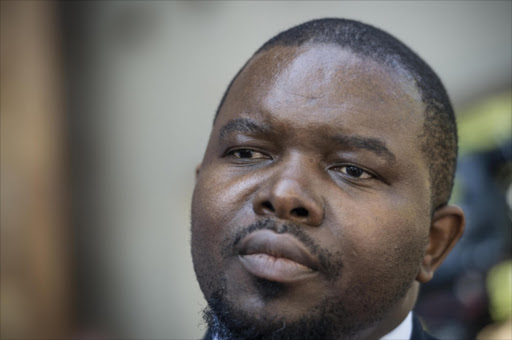 Nqola argued that no fundamental state institution had found her not to be fit and proper and that Corruption Watch, a non-governmental organisation that wrote to parliament to raise issues against Gcaleka, had raised “issues of allegations, comments and issues of names being dropped”.

He said like everyone, Gcaleka was innocent until proven guilty.

“Corruption Watch is an NGO that has its own convictions of what happens in society and that the issues it raised are not an actual adjudication of what is fact,” said the vocal MP.

Another ANC MP, Richard Dyantyi, questioned the basis on which Ndlozi wanted to exclude Gcaleka, saying it wouldn't be fair to do so based on speculation, assumption or allegations.

He argued that Gcaleka met the criteria and that MPs were embarking on a process that was supposed to be fair and seen to be fair.

Dyantyi warned against casting aspersions on a candidate even before the interview process had started.

WATCH | Ndlozi has DD Mabuza stuttering about the industrial revolution

Mbuyiseni Ndlozi asked the deputy president to explain the first, second and third industrial revolutions in detail as it is a topic that many do not ...
News
2 years ago

The EFF has welcomed the high court’s ruling to dismiss minister of enterprise Pravin Gordhan’s application to strike out the inspector-general of ...
News
2 years ago

In its submission, Corruption Watch raised the issue that in 2017 senior Treasury officials had stated that the Treasury was “captured”, and cited, among other things, that during a forensic audit by director-general Dondo Mogajane, into Eskom’s coal contracts with a company that used to be owned by the Gupta family and Duduzane Zuma, documents that should have been seen by Mogajane first were sent to then minister Malusi Gigaba’s advisers first, including Gcaleka.

They also referred to 2010 media reports in which Gcaleka was quoted as saying that there should be no concern around the then National Director of Public Prosecutions Menzi Simelane’s plan to close the Specialised Commercial Crime Unit and Asset Forfeiture Unit, among other units.

“This raised controversy as she was the chairperson of the Society of State Advocates at the time, and her comments caused two senior state attorneys to resign,” said Corruption Watch.

It continued: “In 2011, Advocate Gcaleka was appointed as the state prosecutor in the high profile murder case against Richard Mdluli. This raised controversy, as she had been a prosecutor against Glenn Agliotti, which was thrown out because the state had not brought a prima facie case of murder against the accused.

“In 2017, a witness in the Richard Mdluli case alleged that Advocate Gcaleka had tried to coerce him into implicating Mdluli as a guilty party. It was also alleged that the recording of the meeting between the witness and the advocate was tampered with by the prosecution team.”

The eight shortlisted candidates will go through a vetting process before the interviews next month.