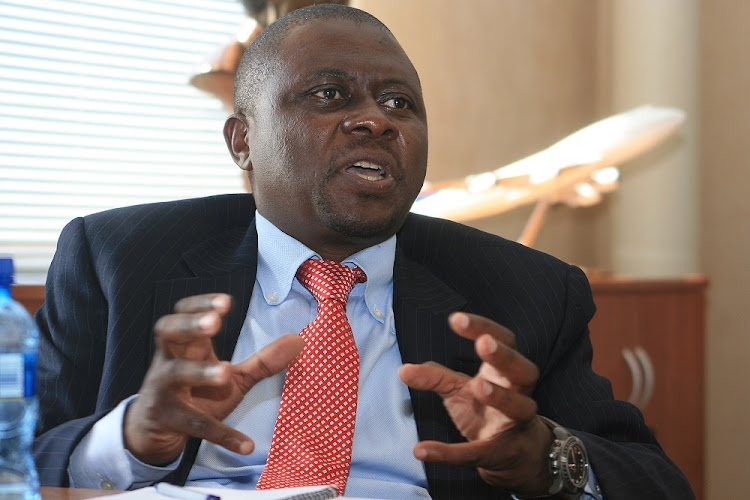 Former SAA executive Vuyisile Kona was showered with praise for being a 'smart man' the first time he met Tony Gupta. But the mood changed when Kona rejected a R100,000 'welcome to the family' which was soon upped to R500,000. File image
Image: PUXLEY MAKGATHO/Business Day

Former SAA chairman and chief executive Vuyisile Kona on Tuesday told the state capture inquiry that Tony Gupta offered him R500,000 "to welcome him to the Gupta family".

After Kona rejected the alleged gratification, offered in October 2012, it did not take long until he was removed early in 2013, the commission of inquiry into allegations of state capture heard on Tuesday.

According to Kona, he was called into a meeting held at the Gupta residence in Saxonwold.

Former president Jacob Zuma's son Duduzane, who never uttered a word during the entire meeting, was in attendance. Also present was Siyabonga Mahlangu, former adviser to then minister of public enterprises, Malusi Gigaba.

Upon arrival at the meeting, Kona, who was meeting the Gupta brother for the first time, was showered with praise for being a "smart man".

But this warm reception would soon change.

Kona said Gupta told him that "I know you have not been paid", and then offered him R100,000 to "welcome me to the family, saying 'you are now part of the family'."

Kona said: "Then he increased the offer to R500,000 and I told him I was okay. The money was there in cash.

"It was the first time I was meeting him (Gupta) and he was giving me money. What did he want? I started feeling uncomfortable with the whole thing."

According to Kona, Gupta became "livid" after he rejected both the initial offer of R100,000 and the additional R400,000 and the mood in the room became sombre while Duduzane continued sitting in complete silence.

It was at this point that Gupta changed the topic to a consulting contract that SAA had awarded to Lufthansa Consulting to develop a turnaround strategy for the state-owned company.

Gupta wanted the contract given to McKinsey Consulting.

When Kona informed Gupta that the contract was done and dusted and awarded to Lufthansa, the meeting was brought to an abrupt end. Kona walked out alone and back to his car.

"As the meeting ended, they phoned the DG (of public enterprises under minister Gigaba) Tshediso Matona to come and explain what was happening," recalled Kona.

"While driving out, I got a call from the DG (Matona) who asked me, 'why did you give the contract to Lufthansa', and I told him it was not me who gives contracts but supply chain people.

"The following week I got a letter from public enterprises (Matona) saying they wanted to investigate the awarding of the contract to Lufthansa."

Kona was then subjected to scrutiny by the SAA board, he said, and some board members even went as far as attempting to forge legal opinions about him having a direct interest in Lufthansa.

As if this was not enough, Gigaba summoned the board to a meeting in Cape Town where an instruction to the effect of the board developing its own turnaround plan was issued. Kona said he refused to be "party to this".

Early in 2013, Kona called Gigaba, asking to meet to settle matters about his continued stay at SAA "because I am not wanted here".

Gigaba said he was still on holiday in Durban and would convene the meeting, to which  chairperson of the SAA board, Dudu Myeni, would also be invited.

"That meeting never happened until I was suspended on February 11 (2013)," said Kona.

Kona said McKinsey wanted to offer the consulting services for a hefty R40m while Lufthansa would do the same for R6m while they had more experience in aviation.

Deputy chief justice Raymond Zondo is shocked that Transnet under Brian Molefe's tenure as chief executive spent R24.8m for advertising space in the ...
News
1 year ago
Next Article