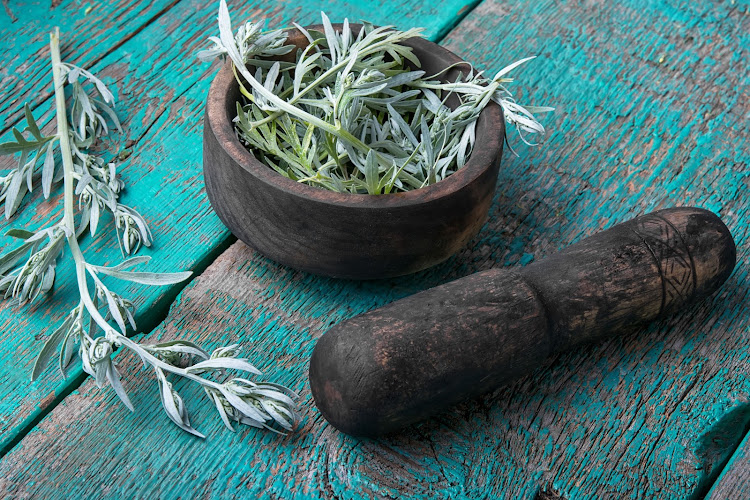 The plant has been used in many SA households for years to treat symptoms related to colds and flu, among other ailments.
Image: 123rf

Health and traditional medicine experts have cautioned against the use of the herbal plant Artemisia afra - commonly known as African wormwood or umhlonyane (Nguni) and lengana (Sotho) - without proper consultation.

The plant which had been used in many SA households for years to treat symptoms related to colds and flu, among other ailments, has become a big topic of debate following claims made by Madagascar's president Andry Rajoelina.

One of the key ingredients in Covid-Organicsis is artemisia.

So far the disease has infected 3.58 million people around the world and killed 252,000 globally with numbers climbing daily.

Mkhulu Solly Nduku, one of the leaders of Traditional Health Practitioners, said umhlonyane has proven its worth to fight off various symptoms of colds and flu.

"We do encourage the use of umhlonyane for flu symptoms and other herbs if the flu is resistant. People should visit their traditional health practitioners for directions on how to use umhlonyane. However, we can't say it works for corona but it works very well for flu symptoms," Nduku said.

Dr Tabeho Mmethi said people should know that there is no cure for Covid-19.

"Even though not scientifically proven there seems to be some allegations that umhlonyane does boost the immune system like your vitamin C. What is important with the virus is the strong immune system so as to avoid opportunistic infections."

Department of health spokesperson Popo Maja said the government can't endorse the use of lengana because it was not scientifically verified.

"We know that our grandmothers used this African herb for cold and flu symptoms and it worked for them. As long as it is not poisonous and psychologically people are fine with it we can't stop them, but we cannot tell them to use the Africa herb," he said.

According to social anthropologist Prof David Dickinson from Wits University, it is normal human behaviour for people to look for a cure for Covid-19 in the midst of the uncertainty and fear it has caused.

"Science does not yet have a cure for the coronavirus. The only ways we know to prevent infection require difficult to maintain and unwelcome behavioral changes. So, just as with the Aids pandemic, people are keen to find other ways of dealing with the danger."

Dickinson said naturally people will look for alternative answers when science is unable to provide solutions.

"People will rely on pre-existing forms of knowledge when science doesn't have a solution. These include religion, traditional African beliefs, common sense (but not scientific) logic, along with attempts to find the reason for the danger linked to existing beliefs, such as racial oppression, nationalist rivalries, xenophobia and so on,"

He said although traditional medicine could have the answer to coronavirus, this needed to be tested and proven first.

Zonwabele Solwandle, 63, from Port Elizabeth in the Eastern Cape, said he has been using umhlonyane since he was raised by his grandmother.

"At the start of the winter season my family always drink umhlonyane to prevent flu and colds. We have never experienced any problems with it, instead it cures flu in record time," he said.

Nomfumaneko Koko, 41, from Libode, also in the Eastern Cape, said she grew up knowing umhlonyane was the cure for cold and flu symptoms.

"You just boil the leaves and you pour the liquid in a one-litre bottle and store it in the fridge. Every day in the morning you drink a cup. It works wonders for your flu," she said.

The World Health Organisation (WHO) issued a statement at the weekend, welcoming innovations around the world, including repurposing drugs, traditional medicines and developing new therapies in the search for potential treatments.

However, it strongly cautioned against wrongful use of such treatments and the spread of misinformation.

"The use of products to treat Covid-19, which have not been robustly investigated can put people in danger, giving a false sense of security and distracting them from hand-washing and physical distancing which are cardinal in Covid-19 prevention, and may also increase self-medication and the risk to patient safety," WHO warned.

Global solidarity can see us through Covid-19 pandemic

In April 1994, the heinous apartheid regime in my country, SA, came to an end as its citizens celebrated its first democratic elections.
Opinion
1 year ago
Next Article