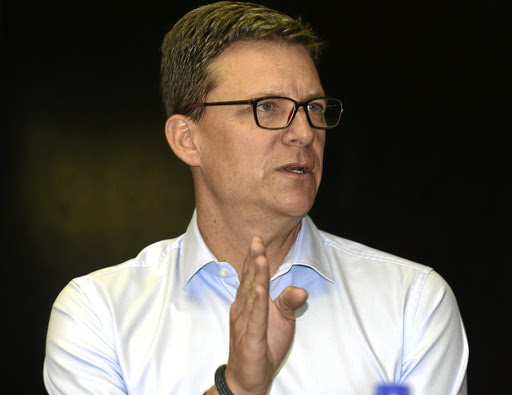 Top executives at MTN Group have pledged nearly a third of their salaries and fees for the next three months to finance a R40 million ($2.2 million) emergency fund for staff affected by the coronavirus crisis.

The donations by the telecoms group's chairman, chief executive, chief financial officer and other directors announced on Wednesday are part of a broader 250 million rand relief effort to tackle the coronavirus outbreak across its 21 markets.

MTN will also contribute R10 million to a support fund set up by government and will invest R150 million in the Y'ello Hope Package for customers, including discounted off-peak calls, zero-rating of certain health, social services and educational sites, and payment concessions to business customers.

The company joins others supporting relief efforts. Bosses of Vodacom and Absa said on Sunday they would donate a third of their salaries for three months to the government fund, joining the heads of others including FirstRand and Nedbank in heeding requests for backing from President Cyril Ramaphosa.

MTN said it had agreed to cut the cost of its data bundles on Friday after the competition watchdog warned in December that the telecoms operator and ...
Business
2 years ago

South Africa's economy went into recession in the final quarter of last year, even before the effects of the COVID-19 outbreak, and the country has imposed some of Africa's toughest restrictions - causing increased hardship for many citizens.

A number of companies have scrapped their financial guidance and either cancelling or suspending dividend payments but MTN said its medium-term guidance was intact for now.

It will only have to re-consider its dividend policy in August, Group President and Chief Executive Rob Shuter told Reuters. "By then we'll have much more clarity on how severe the crisis is, has it bounced relatively quickly or does it look like it will be more extended," he said by phone.

The telecoms industry has experienced a spike in data traffic in recent weeks after the government imposed a five-week lockdown to the end of April.

MTN has seen a 30% increase in data traffic since March 27 compared with the previous month. Its data traffic has been generally growing between 40% and 60% a year across the portfolio, Shuter said.

To deal with the surge, MTN has applied to the telecoms regulator for more spectrum. "It will take us around four weeks to deploy the equipment that we'll need to utilise these bands if they become available," he said.

Donations stream in for Solidarity Fund

As Midvaal mayor Bongani Baloyi and Ekurhuleni's Mzwandile Masina announced they would donate a portion of their earnings to the Covid-19 campaign, ...
News
2 years ago
Next Article