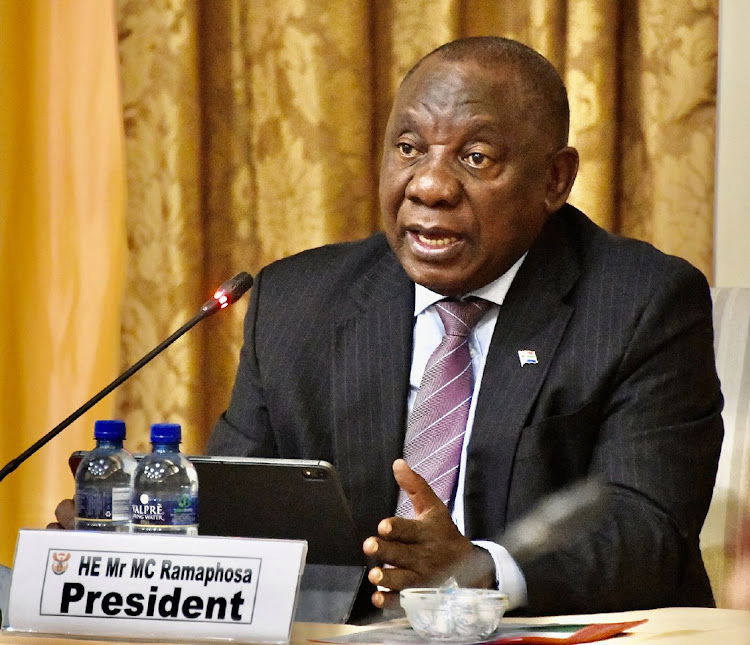 Desperate South Africans stranded in Egypt have appealed to President Cyril Ramaphosa to help them get home.
Image: GCIS

South Africans stranded in Egypt because of travel restrictions imposed to curb the spread of Covid-19 made a plea to President Cyril Ramaphosa on Monday to be repatriated.

“Mr Ramaphosa, please help us get back to SA. I am a South African citizen, I do not have any more money to stay on here,” Melissa Schnettler, 46, said in a voice note shared with SowetannLIVE's sister publication TimesLIVE.

“We have to all still think of our family back home which we have to pay for, because even in lockdown, they need to eat. We still have to pay our rent that side. We are in circumstances that we did not ask for.”

Schnettler and others were unable to fly home on March 29 after SA imposed a lockdown and banned international flights.

Ramaphosa has, however, now relaxed travel restrictions to SA to allow foreign governments to land in the country to evacuate their nationals.

As a result, just more than 160 South Africans have been repatriated to SA since April 2 as foreigners are also evacuated from SA.

Schnettler was among employees sent by Kirk Logistics on a business incentive trip to Cairo, Egypt, last month.

Andrew Kirk, of Kirk Logistics, also made a plea to the government to ensure that the group was repatriated after previous efforts to secure their return were unsuccessful.

“They have now gone to the South African embassy for four days to get information on how they could be repatriated, without success,” Kirk said.

Kirk said indications were that there were 41 stranded South Africans.

Schnettler said on Sunday that the group went to the embassy seeking more details on plans to repatriate them, after a message from the embassy last week asking citizens to move to Cairo as soon as possible.

Egypt had decided to evacuate its citizens from SA and, in turn, agreed to take aboard  EgyptAir those South Africans in Egypt.

“We don't know the timeline, so the sooner everybody is in Cairo the better,” the message from an embassy official read.

Schnettler said all the group wanted was to go home. “We are not unreasonable people, we want some feedback on how we might be able to get home. That is our plea.”

A request for comment was sent to the department of international relations & co-operation. This article will be updated to reflect their response.

Chief Pilot Vusi Khumalo, who embarked on the mission to repatriate more than 100 South Africans who were stuck in, said sleeping in his bed for the ...
News
2 years ago

Tourists, foreign workers and students stranded in SA by the Covid-19 lockdown will be able to return home on chartered flights operated by South ...
News
2 years ago
Next Article