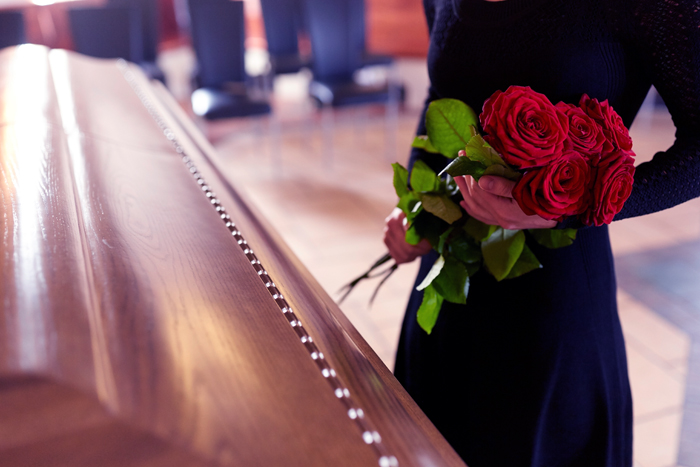 Funeral parlours are stuck with bodies from all over the continent
Image: 123RF/DOLGACHOV

One of the funeral parlours in Johannesburg is concerned that it may run out of space to store bodies as the lockdown has stopped repatriation of corpses to neighbouring countries.

Kings and Queens Funeral Services told Sowetan that the government has allowed funeral parlours to operate during the lockdown as people are dying. “We are still collecting bodies from different parts of the country and in this province. But government has only allowed us to do burials locally. But we have bodies that have to go to Mozambique, DRC, Zimbabwe which are in our cold room.

“If we continue like this and are unable to take bodies to other countries we will definitely run out of space. Each day we are collecting three to five bodies. At the current rate, we will be full long before the end of the 21 days,” said director Mlandeli Madlala.

The government has closed most of the borders with neighbouring countries as it tries to contain the spread of coronavirus.

The company based in Doornfontein has two cold rooms, each taking 32 bodies. It currently has 30 bodies. Of this figure there are two locals, seven belonging to Nigeria and Congo, three for Botswana and 18 for Zimbabwe.

“What we wish could happen is that government should at least allow us to send a bakkie with a body and one family member. That could ease the pressure on our facility,” Madlala said.

Kings collects and delivers bodies to all parts of the country “We just collected a body from Cape Town which has to go to Zambia and we are stuck with it now. It is difficult for us to say we will take the extra bodies to another funeral parlour because they are also facing the same problem,” Madlala said.

Madlala said while some families from neighbouring countries were willing to bury their loved ones locally, others insist that they be taken back home as it is a tradition. Local funerals must have a maximum of 50 people.

Three bakkies belonging to the firm cannot come back to SA after taking bodies to Zimbabwe and Malawi. The vehicles are stuck in Zimbabwe.

Madlala said the company respects and understands the measures that have been taken by the government to contain the virus. “We are not in any way opposed to government’s containment measures. What we wish for is an understanding of the pressures that we are facing at the moment,” he said.