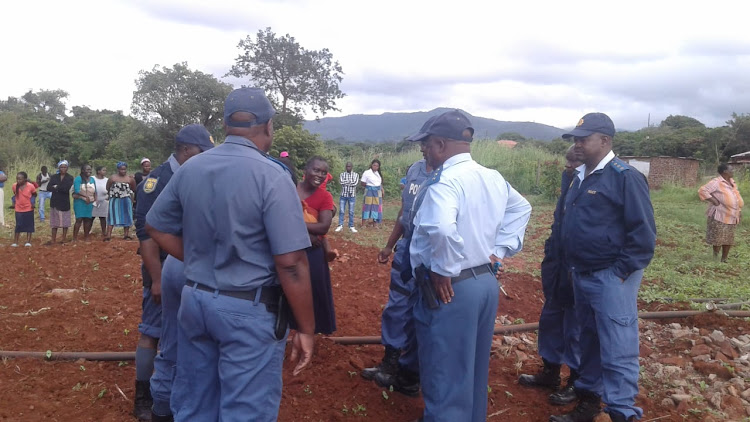 Police divers were summoned, but could not find the baby in the local river. After an investigation, the body was found buried in a shallow grave.
Image: Saps

A 21-year-old woman was arrested after she allegedly killed her two-week-old baby boy and buried him in a shallow grave in a village outside Thohoyandou in Limpopo.

Police spokesperson Brig Motlafela Mojapelo said the woman was allegedly seen taking her baby to the clinic on Sunday.

Community members from Mutsha Tshirangadzi village became suspicious after not seeing the baby on Tuesday.

Mojapelo said they confronted the woman about the whereabouts of the child on Wednesday and threatened her.

A 28-year-old mother has been arrested for allegedly killing and burying her son in a shallow grave after apparently feeding him crushed glasses.
News
2 years ago

“The woman initially told them [community members] the child became sick and she decided to take him to the clinic and later to the local hospital.

“She alleged the baby subsequently died on Monday and that she threw his body into the local river,” Mojapelo said.

Police divers were summoned, but could not find the baby in the river.

Mojapelo said after an investigation, the body was found in a shallow grave.

A case of murder was opened.

The woman is expected to appear in the Vuwani magistrate’s court on Friday.

The mother of a two-month-old baby who was allegedly killed by her father says her daughter was "sacrificed for an evil ritual".
News
2 years ago

A 10-month-old baby, a schoolgirl still in her uniform and a young man were killed when gunmen opened fire on the taxi they were travelling in at ...
News
2 years ago
Next Article