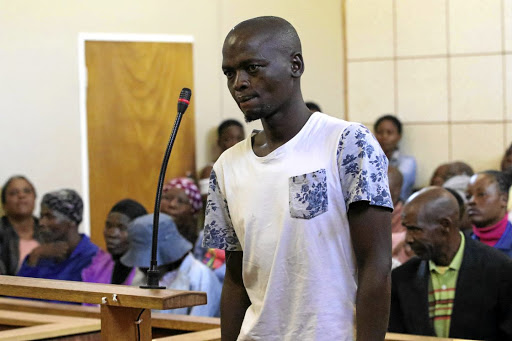 A six-month-old baby was brutally killed with a pickaxe, allegedly by her own father, after he accused her mother of cheating.

The infant's father, 27-year-old Lesiba Motsai, appeared on murder charges at the Mookgophong Magistrate's Court in Limpopo on Friday.

Baby Bonolo's grieving mother Modjadji Marikhela, 19, vowed to avenge her daughter's death if her former partner was released on bail.

"I'm heartbroken and I don't know what an innocent baby did to him to be slaughtered like an animal. I want him to die. I don't want to see him again because if he comes I'm going to mobilise the community to kill him," she said.

Marikhela said she had dumped Motsai after he allegedly physically abused her for three years. 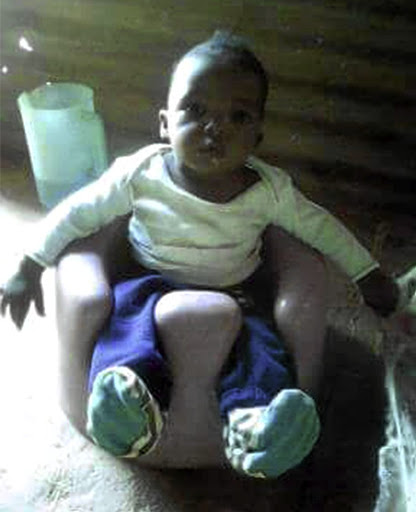 Six-month old Bonolo, who was allegedly killed by her father last week. /SUPPLIED

According to Marikhela, the man came to her home in Hlala-Mpsha (which ironically means "dump the dog") section on Thursday and asked to see baby Bonolo.

"He said we should go to his place so he can relax with the baby and I agreed. When I was about to leave, his mother requested I leave Bonolo behind because she hadn't seen her in a long time.

"I then told his mother that my younger sister will come and fetch her before sunset. All of a sudden he started accusing me of cheating.

"I told him to get lost because, me and him, we were no longer an item," she said.

Marikhela said Motsai allegedly assaulted her and charged at her with a shoe sewing needle and told her she would never see her baby again. She ran home and asked her 13-year-old sister to fetch her baby.

The younger sister, who witnessed the incident, told Sowetan that when she arrived at Motsai's house, he was breaking a door open with a pickaxe.

"He was trying to gain access into a room where the baby and his mother were after she had locked him out. He forced the door open and got to Bonolo before me.

"He placed the baby under his armpit and reached out for the shoe needle from his pocket, and stabbed the baby in the head. He then pulled it out and stabbed her again in the stomach," she said.

The teenager said he then threw the baby on the ground.

"He left the baby on the ground thinking she was dead. He then returned after hearing Bonolo's desperate cough and came back with a pick and finished her off. Her small intestines were exposed," the teenager said.

During his court appearance on Friday, Motsai told the court he was angry and frustrated after his baby mama lied to him. "She said she was going to visit her grandmother's house at a nearby township but only to find out she went to see her boyfriend." 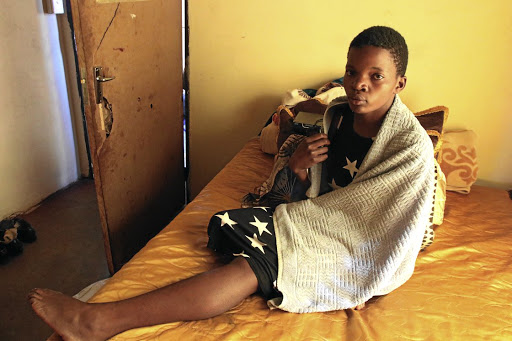 Magistrate Frans Mahodi warned Motsai that he was charged with a very serious crime. "It is inhumane what you did and you can go to jail for very long time," he said.

Motsai said he was aware of the crime he committed and had been thinking about what he did to baby Bonolo.

"I intend to plead guilty and I am prepared to go to jail for killing my baby," he said.

The court also heard that after killing the baby, Motsai tried to commit suicide by hanging himself but was rescued by community members.