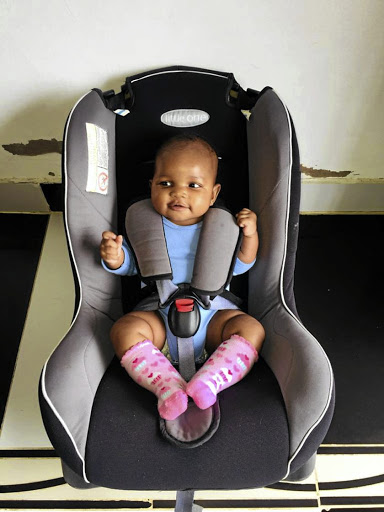 The mother of a two-month-old baby who was allegedly killed by her father says her daughter was "sacrificed for an evil ritual".

Speaking to Sowetan from her home in KwaMhlanga, Mpumalanga, Pearl Mtshweni said she was traumatised after witnessing her daughter being strangled by her father.

"I feel dead and helpless but, worst of all, I feel like all this is a nightmare that I cannot wake up from," she said.

Mtshweni, 22, said she was saved by neighbours from being killed along with her daughter Nkanyiso.

Last week Tuesday, Mtshweni arrived at her boyfriend's house to drive him to work, not knowing that it would be her last day to see her baby girl alive.

Mtshweni said when they arrived at the house of her boyfriend Irvin Mahlangu, 27, he was not ready.

"He sent me a text the previous night to arrive at 8am. I waited for him to get ready and went inside but he later said he had changed his mind about going to work so he could spend time with us."

Mtshweni said everything was normal and they kept talking until she fell asleep on the bed with the baby.

She said when she woke up, the baby was not on the bed and she heard her coughing.

"I heard the baby cough again and I realised that she was in the next room. I called for Irvin, he did not respond until I pushed the door open and I saw him holding the baby but she was looking unconscious," she said.

She faces a charge of murder and attempting to defeat the ends of justice.
News
1 year ago

Mtshweni said she noticed a big wooden chair with a lion's face and burning candles on the floor surrounding him.

"I jumped and tried to grab my baby but he pushed me hard and said 'leave her to die, why do you think children get killed every day, who do you think kills them?' He then strangled her, took a bottle, broke it and stabbed her while I helplessly fought him," she said.

Mtshweni said she ran to the window screaming for help.

"When I looked at him he said, 'elders, I have done what you have assigned me to do, now please open my way'."

She said that moment made her realise she was next.

"I kept on screaming and praying and the police arrived.

"They pushed the door open. He dropped the baby and accused me of killing her."

Mtshweni's mother Mary said they were still in disbelief.

"I never thought he could do such a thing because he showed me so much respect."

Mary said her daughter cannot sleep at night and fears for her life should the man get bail.

"I believe that this is pure Satanism. I'm just strong outside but I'm dead inside because Nkanyiso was a miracle child. She was only two months old but her presence was very dominant in the house."

Mahlangu will appear at the KwaMhlanga magistrate's court tomorrow for a formal bail application.