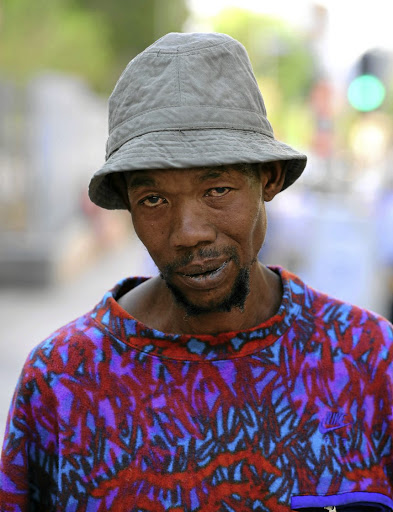 A key witness in the murder of a car guard in the Johannesburg inner city will now spend the next 23 days behind bars after absconding from a previous court appearance.

Samuel Diseko emerged from holding cells of the Johannesburg magistrate's court yesterday expecting to give his testimony on what happened to car guard Xolani Meswana whose killing last year he witnessed.

The court was not ready to hear Diseko's testimony and the matter was postponed to March 11.

Dressed in a yellow T-shirt, a frail looking Diseko stood on the side of the courtroom looking perplexed as to why he had been kept in custody. "Why am I being held in custody? What have I done," he asked.

A warrant of arrest was issued last year after Diseko failed to appear in court on October 23 during the trial of Philani Milton Mkhulisa, who is accused of killing Meswana.

Over the past three months police have been searching for Diseko as he is their sole eyewitness in the state's case against Mkhulisa.

"The picture that you [Sowetan] published was used by the officers to find the man. He actually returned to his old spot where he used to work on corner Pritchard and Rissik streets that is where he was arrested," Mbele said.

On the evening of August 7, Mkhulisa apparently parked his car on the same corner and asked Meswana to look after it as he entered a building nearby.

When he returned, he apparently accused Meswana of breaking into the car and stealing his possessions, afterwards he assaulted him.

Mkhulisa has pleaded not guilty to Meswana's murder and is out on R2,000 bail.

In his testimony in September, Diseko told the court that Mkhulisa arrived in his Toyota Yaris about 7.30pm, accompanied by his girlfriend.

Mkhulisa then allegedly asked Meswana to keep an eye on his car. Not long afterwards, according to Diseko, Mkhulisa returned and found his car broken into and some items missing. Diseko testified that he heard Mkhulisa shouting at Meswana, whom he had known for about two-and-a-half years. He said Mkhulisa slapped Meswana, pushed him to the ground and trampled him with his feet.

Paramedics certified Meswana dead when they arrived on the scene.

Have you seen this man?
News
2 years ago

Car guard Samuel Diseko broke down when he recalled how his colleague Xolani Meswana was brutally assaulted and left for dead in the Johannesburg ...
News
2 years ago
Next Article