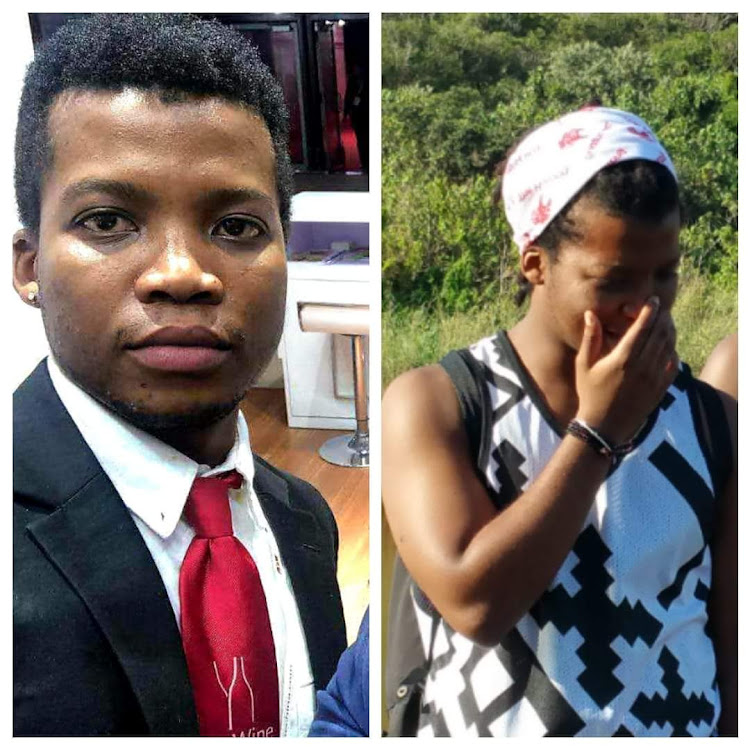 Student Alfa Mpetsheni, in both pictures, has gone missing in China, say his family. But Chinese authorities say he flew to Bangkok on January 26.
Image: Supplied

The family of Alfa Mpetsheni, a SA student based in China who went “missing” more than a month ago, has been informed that he is alive.

This is according to Mpetsheni’s father, Thulani, who said the department of international relations and corporation (Dirco), had confirmed to him that he’s alive. The information came from the SA consulate general in Shanghai.

It has emerged that he had been detained by the Shanghai Public Security Bureau.

“We are told that the consulate spoke to him, but he was not allowed to say on what charges he was detained on ...,” his father told SowetanLIVE's sister publication TimesLIVE.

The 25-year-old is a BCom student at Zhejiang Gongshang University in Hangzhou. His family was alerted to his disappearance by friends. He was supposed to have gone with them on a holiday to Bangkok, Thailand.

Thulani said the confirmation that his son is alive is a relief, but has also  raised new  questions.

No trace of Alpha in three weeks
News
2 years ago

“We are relieved at the news, which is a promise of life, but we cannot be too certain that it's indeed him when we have not spoken to or seen him.

“A lot of things are going through our minds, we have so many answered questions because we’ve been hearing too many stories,” said Thulani.

Despite the long list of questions the family might have, Thulani said he was  relieved that his son had not contracted the coronavirus, which was one of their biggest fears.

The virus has killed over 1,000 people to date.

“We are grateful to everyone for everything, but we ask that people continue praying for his health as well,” he said.

Thulani said Alfa’s mother was distraught over not knowing her son’s whereabouts and sometimes struggled to sleep.

Now the family awaits communication from Chinese authorities on their son's fate.

“Dirco stated that the consulate will be requesting permission to visit him on a date to be determined by the Chinese authorities,” he said.

Dirco spokesperson Lunga Ngqengelele said: “We do not speak to the media on matters involving individuals that are abroad. We communicate all the information we have to the family who can then decide if they would like to share or not.”

* This article has been updated since it was first published to correct the name of Dirco's spokesperson from Ndivhuwo Mabaya to Lunga Ngqengelele and to add his comment.