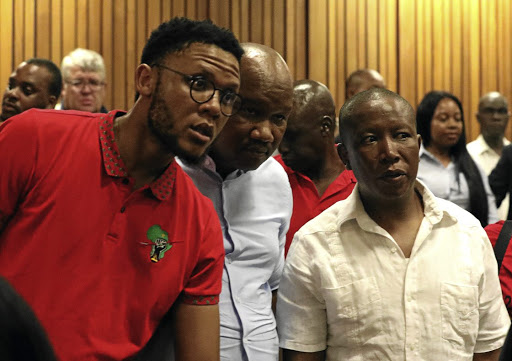 Did public protector Busisiwe Mkhwebane go beyond her jurisdiction and overstep her mandate by investigating the entire funding of President Cyril Ramaphosa's CR17 presidential campaign?

This is one question the full bench of the North Gauteng High Court in Pretoria will ponder in Ramaphosa's legal application for a judicial review of Mkhwebane's report, which found that he deliberately misled parliament when responding to a question about a R500,000 donation by late Bosasa boss Gavin Watson.

Maleka, arguing yesterday, said that the CR17 campaign was not a private matter.

"We talk about the CR17 as if it's a legal entity, it's not a legal entity. It's not separate from the president," Maleka argued.

Advocate Wim Trengove has accused public protector Busisiwe Mkhwebane of misreading the law and acting with "reckless disregard" when she found that ...
News
2 years ago

Mkhwebane had the jurisdiction to probe CR17 donations - lawyer

Advocate Muzi Sikhakhane is arguing that public protector Busisiwe Mkhwebane had the jurisdiction to probe the funding of the CR17 campaign as it ...
News
2 years ago

"The president was required to be accountable, transparent and open to parliament in relation to those private funds."

Mkhwebane found in July that Ramaphosa "deliberately" misled parliament about a donation made to his CR17 campaign.

She also found that there is "merit" to suspicions that the way the money was paid amounted to money-laundering".

Another question that the full bench led by Dustin Mlambo is faced with is whether Mkhwebane made wrong findings while she had access to facts and evidence.

Advocate Tembeka Ngcukaitobi, representing Ramaphosa, argued when responding to inputs made, that Mkhwebane's findings against the president were irrational as they were "in conflict with the evidence" she had.

Ngcukaitobi also responded to the argument presented by Advocate Muzi Sikhakhane, arguing on behalf of Mkhwebane, that the state was beyond just the legislature, executive and judiciary as per a political science definition.

"The problem with the definition is that it's so over-broad, it's actually nonsensical ... the definition must be given a narrow legal meaning," argued Ngcukaitobi.

Judgment has been reserved.