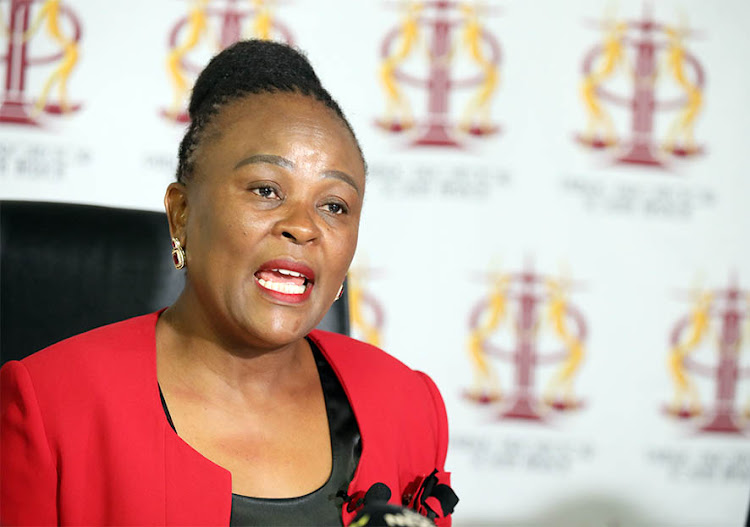 Public protector Busisiwe Mkhwebane wants the parliamentary process into her removal from office to be temporarily halted.

Mkhwebane said  the rules guiding the process were riddled with “many deficiencies” that she believed warrant a temporary suspension of the process. Last week, National Assembly speaker Thandi Modise announced that she had approved a DA request to initiate proceedings for her removal from office.

The announcement came after the National Assembly last month adopted new rules on the removal of office bearers of Chapter 9 institutions including the office of the public protector.

Mkhwebane said  she had written to Modise telling her to suspend the processes that are expected to begin with the appointment of a panel in February as they grossly 'unfair and unconstitutional'.

National Assembly speaker Thandi Modise has approved the DA's request for parliament to initiate proceedings for the removal from office of Public ...
News
2 years ago

“I am advised that the rules are unconstitutional and unlawful in that they amount to a violation of the constitutionality prescribed duty imposed on organs of state to protect the independence of Chapter 9 institutions,” Mkhwebane said.

Concerns Mkhwebane said she raised in her letter to Modise were that the rules do not provide for recusal of conflicted parties and that there are members of the executive and legislature who have either been investigated or are being investigated by her office.

She also said the rules do not provide for the principle of listening to both sides of the story “at all in their application and implementation”.

According to Mkhwebane, she was not informed of the decision to commence the process for her removal and only found out in the media.

“To date, I have not heard from the speaker. This is a violation of my rights to dignity, privacy and confidentiality and has the effect of undermining the effectiveness of this very important constitutional institution,” Mkhwebane said.

She said although she hoped Modise would accede to her request to postpone the process and the matter solved amicably, she was in touch with her legal team. Mkhwebane also said she was concerned that state institutions were being used to target her.

She was responding to weekend reports that South African Revenue Services and the Hawks were looking into her tax affairs. She said she wanted to assure South Africans that she was a law-abiding citizen and welcomes the investigation.

“I am, however, concerned about what appear to be an abuse of state institutions to settle scores,” Mkhwebane said. “It is a well-known fact that I have conducted and continue to conduct investigations that have not gone down well with certain sections of society. Some of those matters involve SARS.”

She said she hoped the investigation would be conducted in good faith.