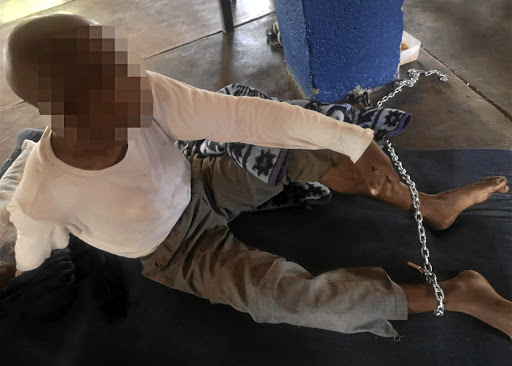 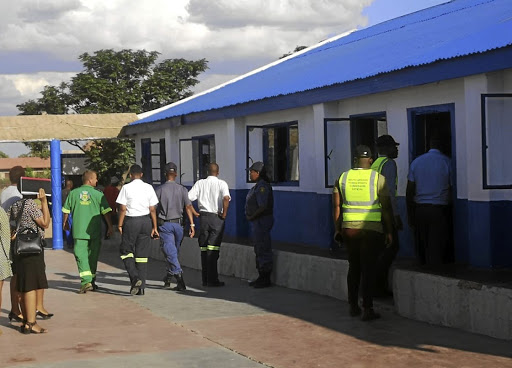 Authorities appear to have turned a blind eye on an illegal rehabilitation centre where addicts are allegedly beaten and chained up in a "torture church".

This week, 70 drug addicts were rescued during a raid nearly a decade after the horror conditions of the place were first exposed.

The illegal rehab centre called No-Smoking is located inside Church of Christ premises in Moletjie outside Polokwane, Limpopo.

Some of the rescued addicts were taken to hospital on Tuesday where they are being treated for injuries from the alleged beatings.

According to the SA Human Rights Commission (SAHRC) which conducted the raid on the premises on Tuesday, the living conditions under which the 70 drug addicts were kept are inhumane and shocking.

The commission said it raided the place after it received a tip-off and wrote several letters to the church, but no one cared to respond.

"You can't have people worshipping God while on the other had human rights are grossly violated in the same church," SAHRC provincial manager in Victor Mavhidula said.

He said the church was first raided in 2013 and since then they were under the impression it has been closed down.

"The drug addicts were chained from hand to ankle, and they were relieving themselves inside buckets in full view of their fellow room mates," Mavhidula said.

"We found buckets filled with human waste and some of the alleged drug addicts were having scars on their bodies, seemingly from the beating. And some of them haven't seen their parents since they were brought there," Mavhidula said.

Last year, Sowetan exposed the horror living conditions of the prison-like rehab centre. At the time, chief caretaker Jacob Mahlape told Sowetan the "patients" were chained to help them.

Mavhidula said only caretakers of the church have the comfort of using a decent ablution facility.

Four correctional services officers at the Baviaanspoort prison, northeast of Pretoria, have been suspended on suspicion of being involved in ...
News
1 year ago

He said some addicts opted to remain behind despite the poor living conditions.

He added that the centre charges R2,300 for registration and that families of the drug addicts were paying R1,000 monthly fee.

Police spokesperson Col Moatshe Ngoepe said there was never a criminal case opened against the church.

In a voice clip recorded during the raid which Sowetan has obtained, some of the drug addicts were heard complaining that they were chained against their will.

One of the caretakers could be heard telling Mavhidula that he doesn't know how many recovering drug addicts were at the centre.

"I don't know how many people are here. I was brought here as an addict and now I'm clean, hence I was ordered to look after chained ones," he said.

When Sowetan visited the church yesterday, security guards at the gate refused us entry, saying only church members were allowed to go through. The church refused to speak to the media.

Mavhidula said the commission will be opening a case with the police against the owner and will further ask that the illegal centre be closed down.

Limpopo department of social development spokesperson Witness Tiva said 25 of the drug addicts were taken to a local hospital.

"Our social workers are busy trying to engage with the families on what services we can offer to the children. Indeed, the church is not a registered rehab centre and we are going to engage all stakeholders to find a lasting solution on the matter," Tiva said.