'I just wanted to die': Barbara Hogan on her apartheid-era detention 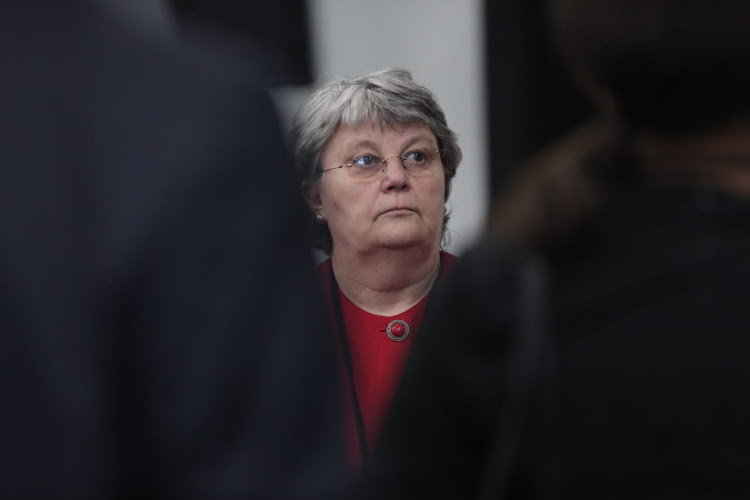 Barbara Hogan said she tried to kill herself in police detention during the 80s.
Image: Sunday Times/Alaister Russell

ANC veteran and former minister Barbara Hogan on Wednesday recalled her own harrowing interrogation in detention by security police who forced information about ANC and Umkhonto we Sizwe (MK) members out of her.

After weeks of solitary confinement and interrogation accompanied by assault by officers, Hogan tried to end it all. The date was October 26 1981.

“I tried to commit suicide,” she told the high court in Johannesburg on Wednesday.

Hogan was testifying at the inquest into the 1982 death of trade unionist Dr Neil Aggett, who was found hanging in a cell at John Vorster Square (now Johannesburg Central) police station. Security branch police claimed he committed suicide.

He was the first white man to die in police detention at the hands of apartheid police.

According to evidence heard earlier, he was arrested because he was suspected of being linked to the ANC — even though this was not the case.

Former struggle stalwart and ANC member Barbara Hogan on Wednesday revealed how she was haunted by the “Close Comrades” documents she compiled which ...
News
2 years ago

Hogan said during her incarceration and that of Aggett, she tried various ways of taking her life.

“I managed to steal some tablets which had been prescribed to me for bruising and other things. I wanted to kill myself. I saw no way of getting out of the situation. I had friends who had been tortured badly,” said Hogan, adding that she knew what the security police were capable of.

“I saw myself being tortured to death for information I could not provide.

“I took all the tablets, tied the cord of my robe around my neck and eventually passed out,” she said, adding that the cord had somehow been left with her.

She woke up the next morning with the cord next to her.

Explaining the other ways she attempted to commit suicide, she said: “I tried to pour water down my nostrils. Anything that would kill me — I just wanted to die.”

She also tried to sharpen the edges of a toothbrush to slash her wrists and had squeezed anaesthetic cream down her throat.

She never tried to hang herself, she added, because she did not know how to.

Hogan said she had been broken under pressure into giving information about people, including Aggett.

“They were interested in not only Neil but in Liz,” she said, referring to Dr Elizabeth Floyd, Aggett’s girlfriend at the time.

She said chief investigator Stephen Whitehead had been obsessed with the couple.

“It was weird stuff ... they would ask: 'What is their relationship like? Who wears the pants in the relationship?'

“I got the impression that Whitehead had a morbid interest in Liz and Neil. It was unhealthy. It was wanting to know about the private life. It was icky stuff. It was like he was personally involved, like he had a personal interest.

“They were also trying to force me to say people were members of the ANC,” she added.

A security branch officer who was stationed at Johannesburg's John Vorster Square police station said it was strange that uniformed police officers ...
News
2 years ago

Detainees held in indefinite police custody with Dr Neil Aggett believed he was being subjected to intense interrogation, according to testimony this ...
News
2 years ago
Next Article