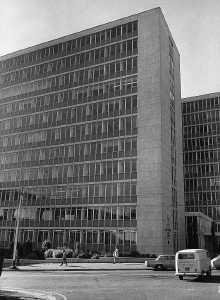 Detainees held in indefinite police custody with Dr Neil Aggett believed he was being subjected to intense interrogation, according to testimony this week at the reopened inquest into his death.

Aggett, a practising medical doctor and trade union organiser, was found hanging in a police cell in John Vorster Square police station in central Johannesburg on February 5 1982, 70 days after being arrested for his political activities. He was the first white person to die in detention during apartheid. Before his death, Aggett had been interrogated for 62 hours straight, according to previous testimony. A 1982 inquest ruled he committed suicide by hanging. A fresh inquest began in the Johannesburg high court this week.

Legal representatives for Aggett's family hoped human rights lawyer George Bizos, who represented the family at the 1982 inquest, would testify at the fresh inquest, but this is unlikely.

“We had intended to call Mr Bizos. We have been advised that, at present, Mr Bizos is not well. We are monitoring his condition. If he improves, we will find out whether he is in a position to testify,” said Howard Varney, who is leading the inquest on behalf of the family.

In court on Wednesday, Varney handed in an affidavit signed by Bizos on October 16 2018, which he hoped would help the inquest. In it, Bizos touched on his experiences as a lawyer during apartheid, the security branch laws in detention and Aggett’s case.

The Desmond & Leah Tutu Legacy Foundation has welcomed the re-opening of an inquest into the death of anti-apartheid activist Dr Neil Aggett while in ...
News
2 years ago

David Dison, a lawyer and friend of Aggett’s, took the stand on Wednesday. He said Bizos was roped in to the inquest as he was the most experienced lawyer in these kinds of cases and he “knew how to handle the security branch”.

Before Aggett’s death, Dison said he failed to hold any consultations with the doctor as he was denied access to him.

He spoke of how calm Aggett was after his arrest, saying he believed he had done nothing wrong.

During evidence-gathering ahead of the inquest commissioned after Aggett’s death, information on the difficulties he faced behind bars was uncovered.

“As we began to take statements from the detainees we could get access to, it appeared there had been systematic torture ... of targeted people,” said Dison.

He said detainees such as Barbara Hogan were seemingly being targeted, but “Neil was getting it in the neck”.

“The general picture that we got was that Neil was getting heavily interrogated ... He had long sessions of interrogation between the end of January and early February (1982),” he added.

Despite the family believing the 28-year-old medic could not have taken his own life, the legal team looked at Aggett’s death as an induced suicide. They hoped this would lead to them uncovering the truth behind his death.

The team conducted a tour of Johannesburg central police station, where the anti-apartheid activist was found hanged in his cell in 1982
News
2 years ago

Aggett’s sister, Jill Burger, on Wednesday testified about the last time she saw her brother alive.

She and her mother, Joy, were allowed to visit him at the police station on December 31 1981.

“He looked pale and thin. He had eczema that had not been treated, but he told us not to worry,” Burger recalled.

She said her brother was not wearing any shoe laces, belt or item of clothing he could use to harm himself.

When the three of them met in an office on the ninth floor, a police officer, Danvey Maphophe, supervised the visit. Burger said Maphophe sat so close to them that they were literally “touching knees”.

Maphophe reprimanded Aggett when he tried to answer a question about his detention, telling him he was not allowed to speak about the case.

Aggett spent the visit trying to allay his mother’s concerns and asking about his girlfriend, Dr Elizabeth Floyd, who had been arrested with him.

“Neil said we should not worry and that he would be out in a month or two,” Burger said. Aggett was “released” just more than a month later — when his family collected his lifeless body from the police station.

The inquest continues on Thursday.