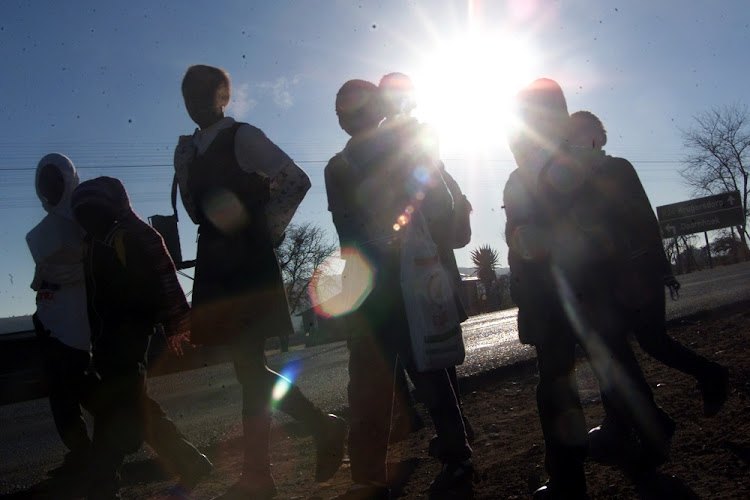 The provision of more scholar transport is one of the government interventions that is changing the fortunes of no-fee schools.
Image: Sowetan/Veli Nhlapo

The improvement in the pass rate of “no-fee” schools in the matric exams is an encouraging development for the country as it seeks to provide educational opportunities to a large proportion of pupils.

Education minister Angie Motshekga made this remark on Tuesday evening as she announced the record matric pass rate of 81.3% for 2019.

Motshekga said of the pupils who attained the National Senior Certificate (NSC), pupils from quintile 1 to 3 schools (where no fees are paid by pupils) attained 248,960 NSC passes in 2019, compared to 141,475 pupils from “fee-paying” schools.

Motshekga said the policy to abolish fees at the poorest schools across the country had attracted poor, orphaned and disabled children to schools.

She said the increase in the percentage of pupils who attained bachelor degree passes from quintile 1 to 3 schools was a marked improvement from 2005, when 60% of the bachelor passes came from the best-performing 20% of the country's schools.

Motshekga said with the introduction of pro-poor financing of the education system, where more schools did not charge fees, the no-fee schools produced 51% of the bachelor passes in 2015 and this increased to 55% in 2019.

“The significance of this is that the gap between the bachelor passes produced by no-fee schools versus those produced by fee-paying schools has significantly and progressively increased,” she said.

She said the government should be applauded for its pro-poor polices, which alleviated poverty through a variety of interventions.

No-fee schools are allocated a higher proportion of state funding per pupil than schools that charge fees. The no-fee schools received a threshold of R1,390 per pupil in 2019.

All provinces have their list of schools designated as “no-fee” schools and Gauteng has its own list.

Motshekga said what was also remarkable was that there was an improvement in the number of no-fee schools which achieved a pass rate above 80%.