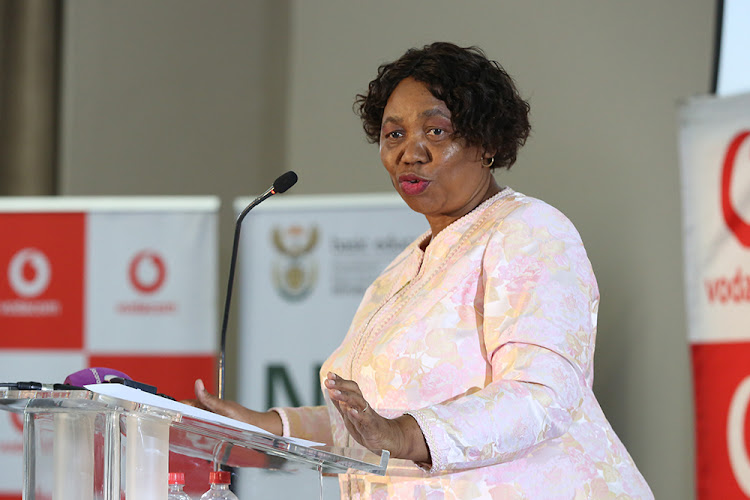 Basic education minister Angie Motshekga may announce an improvement in the overall matric pass rate - but this in itself does not provide a fair indication of the health of the education system as a whole.

Ahead of the results being released on Tuesday evening, Equal Education cautioned in a statement that it was critical for the department of basic education (DBE) to ensure that pupils got a “quality” education in the foundation phase of schooling to avoid dropping out of the system.

The organisation said the minister would likely declare “a system on the rise”.

"However, celebrating this pass rate has become almost farcical. Every year, experts petition Motshekga to place greater emphasis on the percentage of grade 2 learners who leave school with a matric certificate a decade later.

"The difference in pass rates, when dropouts are considered, is striking."

Minister of basic education Angie Motshekga had a meet-and-greet breakfast with the 33 matric 2019 top achievers on Tuesday morning.
News
2 years ago

Equal Education said while it welcomed Motshekga’s acknowledgement that the foundation phase was critical, as well as her plans to address poor literacy through introducing new initiatives, it was imperative to address low literacy and numeracy skills in the system.

According to the organisation, Motshekga hoped to curb high dropout rates by introducing a standardised national examination at the end of grade 9, along with a three-stream model allowing pupils to choose between vocational, occupational and academic pathways after grade 9.

“There is a high risk of streaming learners according to the education opportunities the system has afforded them, rather than their academic abilities,” said the organisation.

“While we must celebrate the small strides, both the DBE’s own figures and our grade 2 throughput rate analysis reflect an almost stagnant pass rate, rather than overwhelming evidence of a system on the rise.

“We anticipate that basic education minister Angie Motshekga will announce an improvement in the overall pass rate, with some speculating that it will breach the 80% mark for the first time."