Soweto school of specialisation excels with its first class of matrics 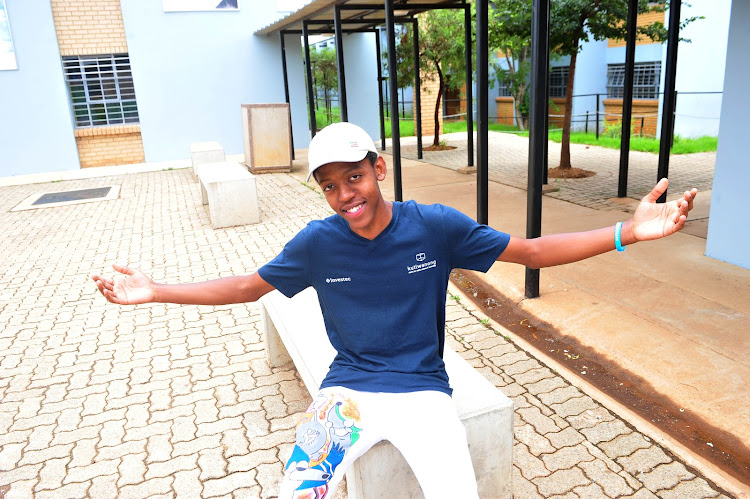 For Ntokozo Radebe, obtaining six distinctions in matric was not the highlight of his schooling career but the healthy competition he had with his co-learner who obtained the same number of distinctions.

The pair were part of the 96 pupils at Curtis Nkondo School of Specialisation who obtained a collective number of 196 distinctions. It was an impressive feat considering that this was the first group of matriculants from the school which opened in 2016.

"I had my ups and downs and I didn’t get the results I thought I would get. I was a bit disappointed because when I came to the school I thought I would be able to do agricultural science but that wasn’t on offer,” Radebe said.

The 18-year-old obtained distinctions in mathematics, physical science, life sciences, life orientation, Zulu, and accounting. He said he wanted to study accounting science at the University of the Witwatersrand.

Ntokozo Radebe from Curtis Nkondo School of Specialization obtained six distinctions and was part of the first group of matriculants that from the school that opened its doors in 2016 #MatricResults2019 @SowetanLIVE pic.twitter.com/RQWsd9tEY6

His competitor Thabelo Majika, who also obtained six distinctions, said he felt he could have done better.

“I think I could have done better. But nothing will change what I’ve achieved. And I don’t have to cry about it now,” Majika said.

“I spent most of my time sleeping and I could have passed well and obtained seven distinctions,” he said.

The 17-year-old said he will either be studying actuarial science or computer science. “I haven’t made up my mind yet. But we’ll see soon.”

Lindiwe Ndzala, principal at the school in Emdeni, Soweto, said it was a gratifying feeling for her school to have obtained a 97% pass rate with its first group of matriculants.

The school had 119 pupils who sat for their matric examinations.

“Ninety-six of the learners of who wrote their matric exams in 2019 obtained a total of 196 distinctions. Our school only offers pure maths, so we are proud of their achievement and are excited about their future,” Ndzala said.

Meanwhile, pupils from Doctor Vilakazi Secondary School were equally jubilant about their results.

Nomfundo Nkosi, who obtained a bachelor's degree pass and a distinction in physical science, said she was proud of her achievement and did not expect to get a distinction.

“It was a very challenging year and I didn’t think I would be able to get a distinction in any of my subjects. I hope to study physiotherapy or radiography,” she said.