Father due in court for allegedly killing son with axe 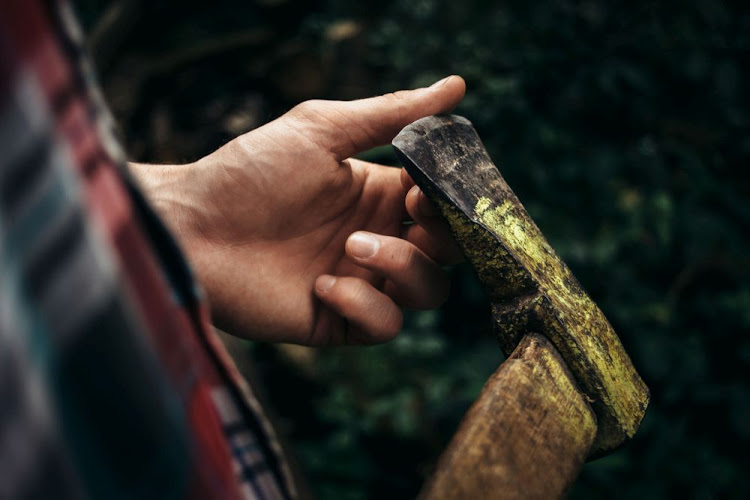 A 63-year-old man from Lebowakgomo, Limpopo, is accused of killing his son.
Image: 123rf.com/sonjachnyj

A 63-year-old male suspect from Lebowakgomo, Limpopo, was arrested for allegedly murdering his 35-year-old son.

The man will appear in the Lebowakgomo magistrate's court after he was arrested on Tuesday. The deceased, who was staying with his parents on the same premises, has been identified as Madimetja John Ledwaba.

“The police were called to a house at Ga-Ledwaba village outside Lebowakgomo at about 06:00 and, on arrival, they found the body of the deceased lying in the yard between the family house and the back rooms.

“Preliminary investigations led the police to a possible murder weapon, a bloodstained axe, which was found a few metres from the body. Further investigations led to the arrest of the deceased’s father,” said police spokesperson, Brigadier Motlafela Mojapelo.

Police in Limpopo have launched manhunt for a 33 year old father suspected of brutally killing his own six year old son at GaRamoshoane village ...
News
2 years ago

The father and his son were apparently drinking liquor together in the back room on Monday night and the deceased’s body was discovered by his mother on Tuesday morning.

The provincial commissioner of Limpopo police, Lieutenant General Nneke Ledwaba, condemned the incident and urged the investigators to dig deep to unearth the circumstances leading up to the murder.

A father in Limpopo has been arrested for killing his four-year-old son and burying his tiny body in a shallow grave in the backyard of their home ...
News
2 years ago

Social workers, neighbours, his grandmother and even his mother failed to protect 18-month-old Jeremiah Ruiters from the monster who attacked his ...
News
2 years ago

After an intense two-year search for Free State boy Liam Nortjé, who went missing while in the care of his father, a body believed to be that of the ...
News
2 years ago
Next Article