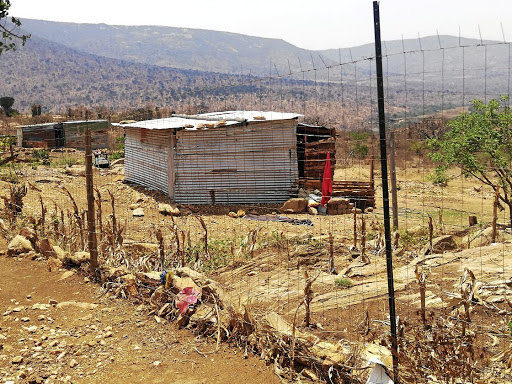 The shack where the family stays.
Image: Peter Ramothwala

A Limpopo mother is grieving the death of her three-year-old child, who was allegedly killed by her other son who got hold of her husband's firearm.

The suspect, aged 12, has been arrested after he allegedly shot and killed his younger brother inside their kitchen in Makgeng village near Moria outside Polokwane. He's expected to appear in court today.

The 32-year-old mother of the two boys told Sowetan her 12-year-old son told them about the incident.

"He said he reached for the firearm where his father had hidden it in the bedroom. He then called his brother to follow him to the kitchen and directed him to stand and face him," she said.

"He pulled the trigger and shot him in the heart. The bullet went through the heart and riddled his back."

The heartbroken mother said her older son then carried his injured brother, looking for help, upon realising he had shot him.

"He went out of the gate carrying him and screaming for help. A neighbour managed to hear him and drove my injured son to the nearest clinic." 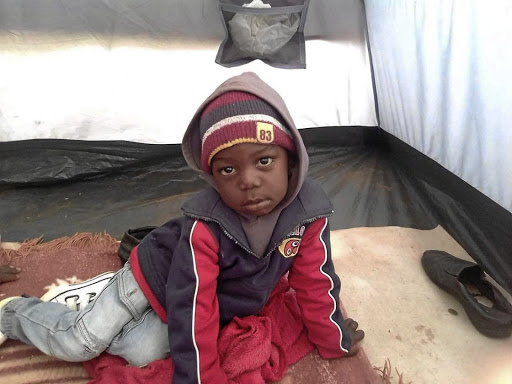 The mother said she and her husband were not at home at the time.

"I was on my way to fetch my final examination timetable at school where I have registered... when I received a call from a neighbour.

"I rushed to the clinic and I found him dead."

She said the father was heartbroken and unable to speak about the incident.

Police spokesperson Brig Motlafela Mojapelo confirmed the boy has been arrested and charged with murder.

"We will miss you." These were the words written on two floating balloons tied to a table placed near the coffin of Daveyton toddler Langelihle ...
News
2 years ago

Mojapelo confirmed that the firearm belonged to their 53-year-old father who allegedly left it in one of the rooms.

"The suspect managed to access the firearm and somehow shot his younger brother. The badly injured child was rushed to the local clinic but was certified dead on arrival."

Mojapelo said the father, who is a former security officer, was apparently not at home at the time of the incident and had left his firearm in a bag that was hung against the wall in his room.

"The firearm has been seized by the police," he said.

"It was around 8am and my husband went outside to investigate. He could not find anything and came back as we were playing loud music," she said.

Morane said a few minutes later, she saw people, including the police, gathered in her neighbour's yard.

"That's when I heard [the little boy] was shot and killed by his brother," she said.