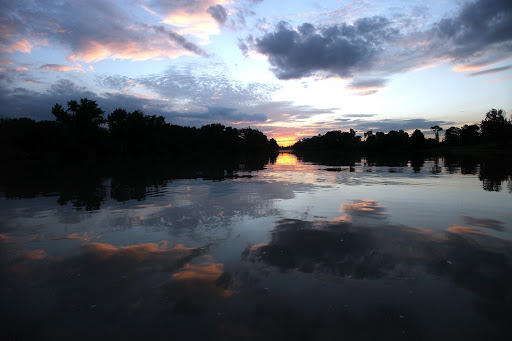 The Vaal Dam is 39.5% full despite heavy rains in Gauteng.
Image: Alon Skuy

A reading conducted on Monday morning showed the level of the Vaal Dam at 39.5%.

This is according to Sputnik Ratau, a spokesperson for the department of water & sanitation.

In contrast, the Roodeplaat Dam near Pretoria was within the rainfall catchment area and overflowing at the weekend.

The department shared this footage:

[WATCH] This is the current state of the Roodeplaat Dam due to the Gauteng weekend rainfall.

Follow our page for an update of the Dam's level. pic.twitter.com/8y7j1dZw0T

It said its official report on the latest dam levels would be released within the next 24 hours.

Ratau denied claims that an instrumentation failure had caused questionable readings at the Vaal Dam.

Gauteng Weather said on Twitter on Sunday that there had been a glitch at the Vaal Dam last week. “Data’s been released, but it’s questionable, so no publishing anything until further notice,” the tweet read.

?OVERFLOWING ROODEPLAT DAM outside Pretoria, after days of heavy rain!

?NOTE: Instrumentation failure at Vaal Dam, possibly due to major glitch earlier this week. Data’s been released, but it’s questionable, so no publishing anything until further notice

Ratau said: “What failed is the instrument measuring inflows from one tributary, gauging how much is coming in from the Wilge River.

“This did not stop water flowing into the system, only that we could not tell the strength of the inflow. This has no impact on the reading of the quantity in the Vaal Dam,” he said.

As a result of the steady rainfall in Gauteng since Wednesday last week, the department issued a cautionary notice advising residents against crossing flooded rivers and bridges.

Hennops River in Centurion, south of Pretoria, is flooded and a bridge that links the area with the city is closed. Other roads in various areas of the province are also either under water or partially flooded.

The department said: “Residents who live below the floodline (of rivers) are warned to be cautious and move to safer areas at the earliest sign of flooding. People who have erected illegal dwellings on the catchment of rivers must find alternative accommodation as they risk being flooded. Swimming in the rivers during these rains may put the lives of the swimmers at risk.”

In areas where dam levels are rising as a result of the persistent rains, officials are ready to open sluice gates to release water from the dams that are full to avoid any possible flooding, said the department.

The SA Weather Service predicts that the heavy rains will continue until Wednesday, when the downpours will begin to subside.

A dive operation was conducted after human skeletal remains were discovered at a water reservoir in Verulam, north of Durban, on Friday.
News
2 years ago

Eskom is continuing with stage 2 rotational load-shedding on Saturday, saying that this is necessary to “cater for further trips and to create ...
News
2 years ago
Next Article