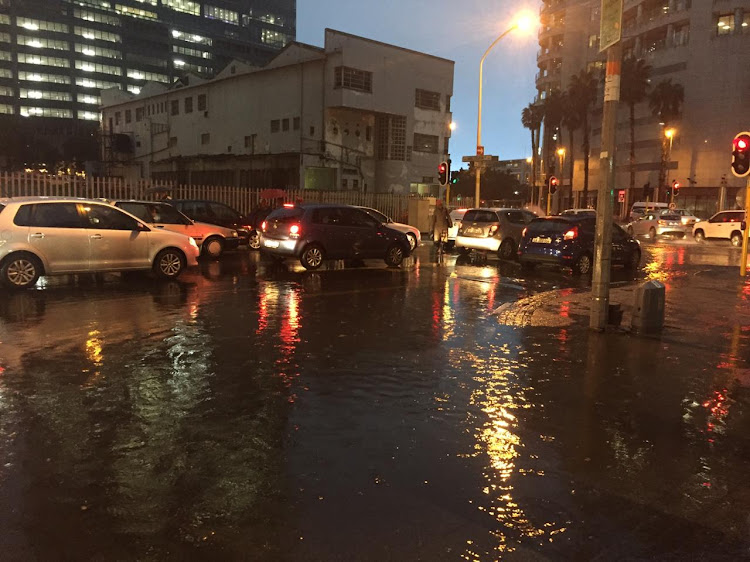 The SA Weather Services on Sunday issued a flood warning for parts of the country.
Image: Tanya Farber

The SA Weather Service on Sunday issued a flood warning for parts of the Gauteng, Mpumalanga and the North West provinces after days of heavy rain.

“The rainfall is expected to start subsiding on Tuesday evening into Wednesday. Temperatures will still remain cool on Sunday, Monday and Tuesday. On Wednesday, temperatures will start warming up, especially over the Gauteng province, Mpumalanga and places in the eastern part of the Free State,” said Maliage.

On Sunday, a 30% chance of rainfall was forecast for Limpopo and KwaZulu-Natal.

Meanwhile, severe thunderstorms were on the horizon for parts of the Northern Cape, Free State and the North West.

The SA Weather Service said the heavy downpours in these areas would be accompanied by strong winds and there was a possibility of some hail.

From Wednesday to Friday, the rainfall would most likely be confined to the eastern parts of the country, namely Limpopo, Mpumalanga and KwaZulu-Natal.

Maliage said these weather conditions were normal for this time of the year.

“This is the time when we get the rainfall that is not like thunderstorms. Now going into midsummer, we get this tropical-induced rainfall that rains over a couple of days. Even last year, we had a similar situation so it’s nothing out of the ordinary to receive these rains,” she said.