One year later, and still no trial date for Pete Mihalik murder accused 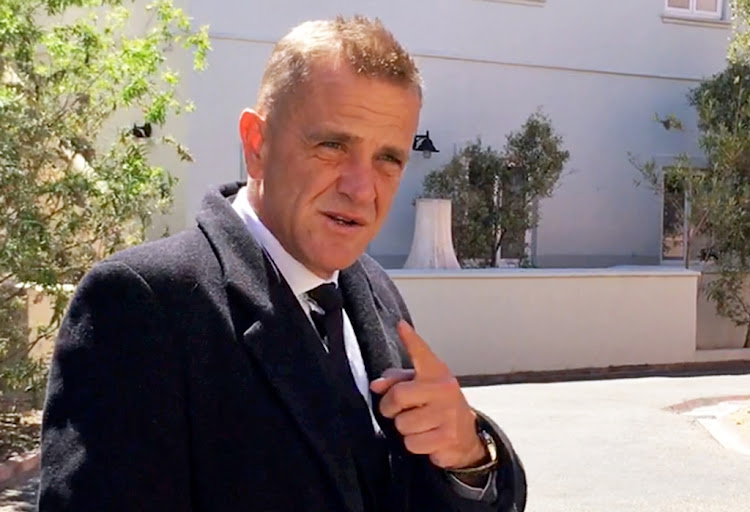 Cape Town advocate Pete Mihalik was killed as he dropped his children off at school.
Image: Supplied

The alleged “fixer” in advocate Pete Mihalik’s killing has scored a minor victory.

Vuyile Maliti, a taxi boss, and two alleged hitmen, Sizwe Biyela and Nkosinathi Khumalo, appeared in the high court in Cape Town on Friday. The investigating officer Lt-Col Charl Kinnear asked that the men await trial in different prisons after their arrest.

Maliti has been held at Drakenstein prison, Biyela at Malmesbury prison, while Khumalo is in Allandale prison.

Maliti’s lawyer, Inger Jansen, brought an application to have him moved to a prison closer to Cape Town. Jansen complained that Maliti was the only awaiting-trial prisoner at the Drakenstein facility.

The prosecution in the advocate Pete Mihalik murder case is butting heads with the suspected “fixer” over video footage evidence.
News
3 years ago

“He is the only awaiting-trial prisoner kept in Drakenstein,” said Jansen. “I would like to bring an application to bring my client closer. He is being kept in isolation.”

The court had scheduled the hearing of the application for December 4 but prosecutor Helena Booysen  said Kinnear did not have a problem with Maliti being moved.

“[Col] Kinnear says he has no problem with the accused being kept in Goodwood prison,” said Booysen. The court then ordered that he should be moved.

The matter was postponed to February 28 for Legal Aid to appoint lawyers for Biyela and Khumalo. The date for the trial is yet to be set.

Each of the three men face a murder charge, a charge for possession of an illegal firearm and ammunition and two attempted murder charges.

The prominent advocate was shot in the head in Green Point in October last year while dropping his daughter at school. According to the indictment, Mihalik’s minor son was injured during the shooting.

“The three accused, accompanied by a fourth person whose identity is not known to the state, dropped [Biyela] off at the corners of Thornhill and Cavalcade Roads the morning of October 29 2018, a few minutes before the deceased arrived in his vehicle, accompanied by his two minor children,” the indictment reads.

The suspected middleman in the murder of Cape Town lawyer Pete Mihalik called the investigating officer in the case a liar and accused him of perjury ...
News
3 years ago

"[Biyela] quickly left the scene on foot. The deceased was hit in the head and was declared dead on the scene. His young son was also injured in the incident and received medical treatment. [Biyela] was picked up by his co-accused and the unidentified fourth person and left the scene.”

Last year, the Sunday Times reported that the shooting was arranged by a convicted prisoner from his jail cell at the behest of two alleged Cape Town mafia bosses. The prisoner contacted Maliti, who in turn hired Biyela and Khumalo from KwaZulu-Natal.