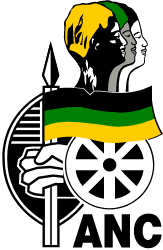 The ANC Women's League wants at least half of all SOEs to be run by women.
Image: Supplied

The ANC Women’s League is putting up a fight for at least half of all state-owned institutions to be run by women.

In a terse statement issued on Tuesday evening, the league’s secretary-general Meokgo Matuba dismissed what she called “deliberate entrenched maleocracy in the top echelons of the state-owned enterprises”.

There have been mixed reactions to De Ruyter’s appointment as head of the troubled entity. A tentative leadership structure of the ANC Youth League questioned his appointment, while the ANC itself threw its weight behind the appointment.

In her first stint as a member of the executive in Gauteng Nomantu Nkomo-Ralehoko lasted just 25 days in the job as agriculture and rural development ...
News
2 years ago

“The ANCWL is of a firm belief that this is a conscious patriarchal agenda to disregard skills and experience of women, in particular black women, in South Africa - partriachists' beliefs that men have inherent right to be CEOs of SOEs,” said Matuba.

She said the country had highly skilled and experienced women, yet almost all SOEs are run by male executives.

“The ANCWL will without fear or favour unapologetically fight entrenched maleocracy in the high echelons of the SOEs. We demand that [a] minimum of 50% of the SOE CEOs be women."

The appointment of Andre de Ruyter as Eskom CEO yesterday is racist, this is according to the EFF.
News
2 years ago

I don't mind AfriForum taking over the investigation of Senzo Meyiwa murder because the family needs closure.
Opinion
2 years ago

The EFF has threatened to join forces with the workers at South African Airways (SAA) as they embark on a national strike that will ground the ...
News
2 years ago
Next Article