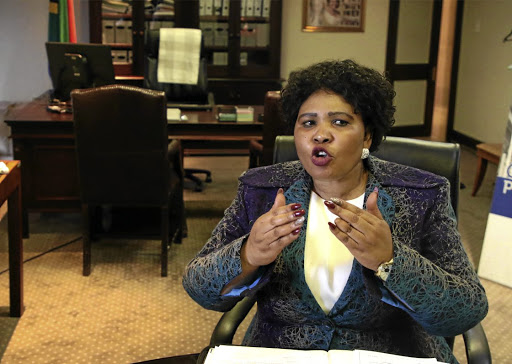 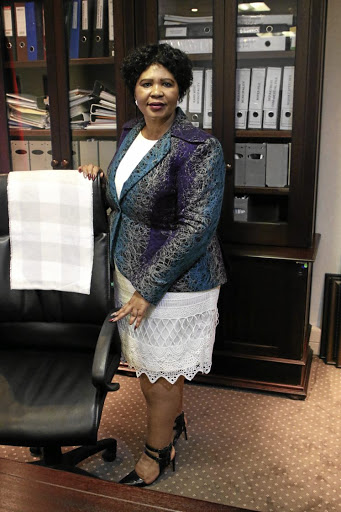 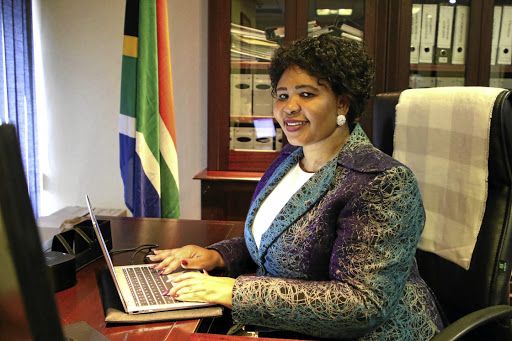 In her first stint as a member of the executive in Gauteng Nomantu Nkomo-Ralehoko lasted just 25 days in the job as agriculture and rural development MEC.

Now a decade later, her stint as education MEC was even shorter, lasting only about 24 hours, so brief she now jokingly describes it as "a sim swap".

Now finance MEC, Nkomo-Ralehoko was first appointed by former premier Nomvula Mokonyane but was forced to resign after a Mercedes-Benz SUV, bought with tax-payers' money for her use, was hijacked in her husband's possession after it was collected from the car dealership's showroom before it was even insured. That was back in 2009.

Fast forward to this year, Nkomo-Ralehoko is one of the most experienced members of the Gauteng legislature with almost 20 years under her belt.

Premier David Makhura, who appointed her as the education MEC after the May general elections, received a backlash from the public demanding that Panyaza Lesufi be retained in the portfolio. Lesufi had been appointed finance MEC.

Makhura succumbed to public pressure and swapped the two MECs around.

"When they did the swim swap, for me it was clear that the people do not know that I am [more] senior than Panyaza [in the legislature] because I have not been in the public [eye]... I'm more settled here," she said.

She feels she would have been "constantly compared to Panyaza as people wanted him. I was going to work under pressure."

Nkomo-Ralehoko first joined the provincial legislature as an administrator for the ANC caucus in 1995 and in 1999 became an MPL.

She has chaired various portfolio committees in the legislature and later became deputy speaker when Uhuru Moiloa was moved to human settlements and co-operative governance and traditional affairs.

Despite her vast experience, very few people knew her outside the politics of the ANC.

She told Sowetan that working behind the scenes had its disadvantages.

"People don't know you. When you are supposed to come out, people ask 'who is this one?' I don't believe you should be a populist in politics but you should not hide yourself at the same time," Nkomo-Ralehoko said.

During the interview held at her office in the Johannesburg inner city, Nkomo-Ralehoko seemed to be getting used to her newfound role and needed very little help from two staff members who were present to observe how it all goes.

Her priority since joining the provincial treasury is to ensure that the department never regresses on its clean audit outcomes.

She wants all provincial departments to achieve clean audits in five years' time.

"I want 100% clean audits when I finish my term and it is possible. It can happen if we work closely with each department on financial management. Departments must learn that they can't always do the same thing. They have to change in order to see results."

Nkomo-Ralehoko aims to make provincial departments pay service providers within 15 days as this has a serious impact on cashflow of small businesses in the province.

"We are doing the same, even in municipalities. There is a team that is working with specific municipalities helping them on the financial side."

Born in eNgcobo in the Eastern Cape in 1966, as a teenager Nkomo-Ralehoko was a typical rural girl - her chores included fetching water from the river and collecting wood to make fire.

She completed her matric at Nyanga Senior Secondary School also in the Eastern Cape before relocating to Gauteng where her father worked.

Nkomo-Ralehoko studied office administration at a college in the Vaal. After finishing her course, in 1988 she began visiting Cosatu House where she practised her administrative skills.

Her sister was an administrator for the Construction and Allied Workers Union. She stood in for her sister when she was on maternity leave.

On her return, she worked for the same union as a political education officer. In the early 90s she moved to ANC headquarters, Shell House, to work in the office of Nosiviwe Mapisa-Ngqakula, who was heading political education for the ANC Women's League.

She also worked as a personal assistant to Baleka Mbete, who was the secretary-general of the ANCWL.

"I learned from Mbete and Mapisa-Ngqakula how to commit myself when I am at work but at the same time humbling yourself," Nkomo-Ralehoko said.

She was also part of the provincial executive committee of the ANCWL when Winnie Madikizela-Mandela was the league's president.

She commended the ANC for its decision to have women in cabinet positions as she feels they deliver better than men.

The staunch Orlando Pirates supporter who religiously watches the Soweto derby is also a mother of two, aged 22 and 14.