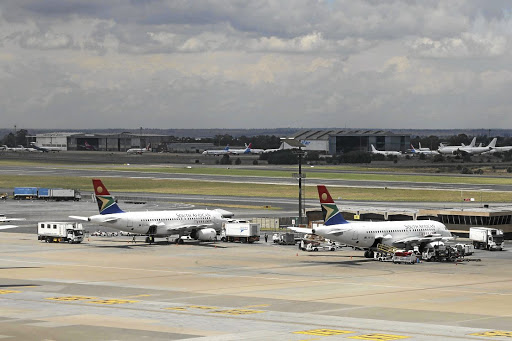 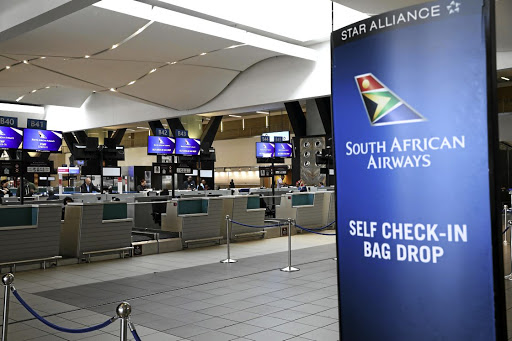 The EFF has threatened to join forces with the workers at South African Airways (SAA) as they embark on a national strike that will ground the national carrier today.

Yesterday SAA said all its domestic, regional and international flights will be cancelled today and tomorrow.

The national carrier said it would lose in excess of R50m day due to the strike.

The National Union of Metalworkers of SA (Numsa) and the SA Cabin Crew Association (Sacca) announced this week that they would ground all planes over a number of grievances, including wages.

The strike is also a response to SAA's announcement that more than 900 jobs could be lost in its restructuring process to meet new wage demands.

The EFF has thrown its weight behind the strike, saying the government is to blame for SAA's financial problems.

"The EFF not only supports the strike action, we will join in together with our ground forces," the EFF said.

"The failure of SAA must be put squarely on the Ramaphosa and Gordhan government. They have failed to stabilise the state-owned enterprises (SOE). They have been presiding over the government for two years now and SAA, like other SOEs, is continuing to deteriorate."

Satawu to go to court to stop SAA retrenchments

The South African Transport and Allied Workers Union (Satawu) is heading to the labour court to interdict SAA from retrenching almost 1,000 employees.
News
2 years ago

"The employees of SAA did not put the airline into the financial mess it is in, SAA's management team did. We therefore reject any attempts by management to renege on its commitments to the employees of the company," Saapa said late yesterday.

During wage negotiations, SAA offered a 5.9% increase but unions were demanding an 8% increase.

Sacca president Zazi Nsibanyoni-Mugambi said the unions rejected the airline's explanation that it cannot meet their demands due to a lack of funds. She said when workers were retrenched in 2015, the same reasons were given.

SAA spokesperson Tlali Tlali said only flights operated by SAA will be affected. He said SAA operates just over 100 flights a day.

It's official: SAA strike to go ahead from 4am on Friday

SAA employees will go on strike from Friday morning.
News
2 years ago

When asked how many passengers will be affected the airline did not respond. Tlali said SAA will not be able to provide any support for special-service requests or unaccompanied minors during this period.

Passengers who had booked a flight for today and tomorrow have a number of options available. They can re-book for another SAA flight until October 21 2020 at no extra charge and subject to availability in the same booking class.

SAA said if the customer no longer wished to travel, then the booking can be cancelled and a full refund, including taxes, would be offered.

It said rerouting would be permitted and, where possible, passengers could re-book on flights operated by any of SAA's Star Alliance, code-share and interline partners to get to their final destination with minimal disruption.

It said all tickets must be reissued on or before November 30.

Comair puts contingency plans in place ahead of SAA strike

Comair has put contingency plans in place to mitigate any impact the SAA strike may have on its flight schedules.
News
2 years ago

Taxpayers will have to cough up for SAA crisis, says Jonathan Jansen

'Financially, SAA is on its knees'
News
2 years ago
Next Article