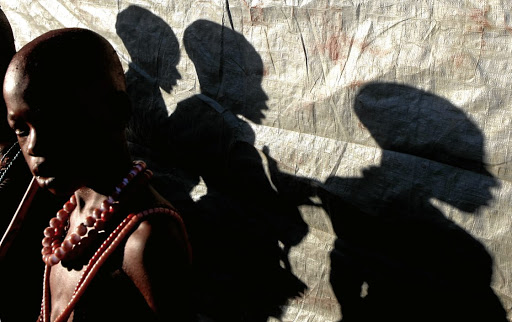 Some boys will go to initiation schools in the mountains during this coming school holidays never to return. Those lucky enough will live to tell the tale - minus their penises. /Sandile Ndlovu

As the end of the year fast approaches, a lot of boys start preparing for the initiation season which will also be followed by stories of botched circumcisions or far worse, the boys may be left with no other choice but to have their "penises amputated due to traditional surgeons who don't know what they are doing or as a result of traditional nurses who do not have a clue about the anatomy of a penis in terms of blood supply as well as wound care or management".

Dr Nyati, like many other proponents of safe, legal and supervised circumcision initiation practices, do not call for a total abolition of this practice. They are calling for custom and traditions to not be the reason we experience preventable deaths of young boys in the name of manhood. Preserving the sanctity of custom and tradition should not come at the expense of human life.

These days, taking your child to unlicensed initiation schools is tantamount to sending your child to the slaughter house. This should not be occurring, especially with the technological and medical advances our country has secured.

One such advancement is the merging of traditional practices and customs with modern healthcare.

The summer initiation season for Xhosa males has started, but in Govan Mbeki, Port Elizabeth, Nyameko Jacobs says he is frustrated by the filth ...
News
2 years ago

Last year, it was reported that there have been "34 deaths of initiates, 20 of them in the Eastern Cape. Eight initiates died in the Free State, three in the North West, two in the Western Cape and one in Northern Cape".

What then is the solution? Dr Nyati suggests that there should be a collaborative, decisive action by our national and provincial governments together with houses of traditional leadership in order to end preventative carnage as a result of traditional circumcision initiation.

According to Dr Zweli Mkhize, former minister for cooperative governance and traditional affairs, "there have been over 400 deaths since 2012". We cannot simply ignore these alarming statistics in the name of preserving culture and traditional practices.

These practices are deeply rooted in patriarchy and toxic masculinity - it is so toxic that it has led to the deaths of many boys. I say this because the practice is seen as a right of passage into "manhood", but who even decides what is manhood and the barometer that dictates manhood? These types of practices perpetuate toxic and false perceptions around manhood.

Bell Hooks in the book The Will to Change, Masculinity and Love, states: "Patriarchy demands of all males that they engage in acts of psychic self-mutilation, that they kill off the emotional parts of themselves. If an individual is not successful in emotionally crippling himself, he can count on patriarchal men to enact rituals of power that will assault his self-esteem."

This is a quote that often comes to mind when I address issues around the preservation of masculinity and patriarchy; at the cost of the wellness of men.

We need to be very concerned about the problematic culture in all-boys schools.
Opinion
2 years ago

The Polokwane high court in Limpopo has ordered the closure of illegal initiation schools across the province.
News
2 years ago
Next Article