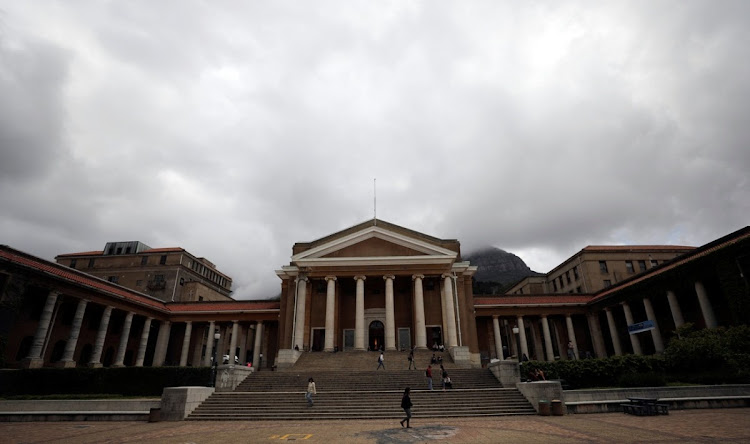 The University of Cape Town is the third highest spender on staff salaries among SA's institutions of higher learning, according to a new report. File photo.
Image: Reuters/Mike Hutchings

This figure represents 61% of total spending by these institutions, according to Statistics SA's latest report on the financial statistics of higher education institutions.

The 61% salary spend was far higher than the 14% of total expenditure by the private sector on staff during the same period.

The report said the spending included line items such as salaries and wages, pension benefits, medical aid and bonuses.

Unemployment continues climb to worst levels in more than a decade

Statistician-general Risenga Maluleke says a fall in employment in the third quarter was recorded in manufacturing, construction, trade and utilities
News
1 year ago

Higher education spending has been in the spotlight in recent years, following the implementation by many of these institutions of programmes to absorb staff previously employed by third-party contractors. This included the insourcing of catering, security and cleaning personnel.

The University of South Africa (Unisa) was the biggest spender on staff in 2018, committing just over R5bn on compensation for employees. This represents 13% of the total salary bill for all higher education institutions in the country.

The next biggest spenders were:

Sol Plaatje University in the Northern Cape was the university that spent the least on salaries, at R100m.

There have been 1.3-million incidents of housebreaking in South Africa, with some households being hit more than once.
News
1 year ago

The report said the picture shifted slightly when the salary data was represented as a percentage of total spending by each institution.

Unisa was still on top, having spent 74% on compensation of employees and only 25% on goods and services in 2018. The report said the institution's cost structure was different from others as it was the only distance-learning institution.

The University of Limpopo followed Unisa in second place, with compensation of employees taking up 70% of total spending.

Mangosuthu University of Technology made the lowest contribution to compensation of employees (48%), but the highest contribution toward purchases of goods and services (45%). A closer look at the data reveals that Mangosuthu increased its goods and services spending by 33%, from R263m in 2017 to R350m in 2018. This jump in spending was mainly due to the payment of operating leases for student accommodation.

The report also compared how higher education institutions compared against the rest of the state.

The average spend by higher education institutions on salaries – as a percentage of total spending – was 61%, while the figure for the entire South African government was 42%. This was according to consolidated data from 2016/17 derived from financial statements collected from 705 state institutions, including national and provincial government departments and municipalities.

For the private sector, the figure spent on salaries was much lower. The formal business sector spent 14% of total expenditure on staff, according to data for the second quarter of 2018.

The report gave reasons why the proportion was so much higher for higher education institutions compared to the private sector. It said universities required large numbers of highly educated employees for teaching and research. Many of the staff had PhDs and required correspondingly higher salaries, compared to workers with lower academic qualifications.

The report added that activities taking place at higher education institutions focused on producing intellectual knowledge, rather than physical goods.