The rise of killer kids 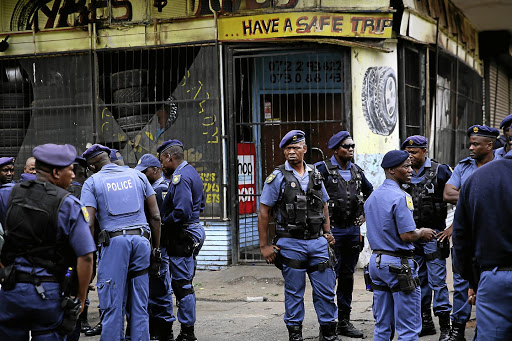 The murder rate in South Africa has increased to 21,022 for the period April 2018 to March 2019, the crime statistics released yesterday revealed. / Alon Skuy

SAPS statistics chief, Maj-Gen Norman Sekhukhune, revealed the shocking figure yesterday as a contributing factor to the increased murder rate in the period under
review.

"When we looked at [the] number of crimes or children in conflict with the law, we observed that some of these murders of children are committed by other children.

"The murders that were committed by children in the financial year were 736. That is instances where the children were the perpetrators and not victims of the murder.

"Another figure that is quite concerning is common assaults committed by children - at 4,196," he said.

The highest number of incidents of murders by children was in the Eastern Cape with 231 recorded murders, followed by the Western Cape at 170.

Gareth Newham from the Institute for Security Studies said crimes committed by children are influenced by their exposure to violence in the homes and communities.

The rise in murders, attempted murder and rape are a clear indications that there is a serious breakdown in law and order in the country. This is ...
News
2 years ago

"If children watch their mothers and family members being beaten in front of them, it creates anger in them and they lash out in whoever that might aggravate their emotions," he said.

"...programmes such as anti-bullying campaigns and initiatives that will target families with domestic violence history can make sure that we uninstall the violence mentality."

Sekhukhune said while they had not gone into detail to determine the cause of such murders, they did not exclude gang-related violence as a possible factor.

He said this was not necessarily a new category in the crime stats but it had been highlighted by the police so that people could understand the contributory and causative factors that lead to the increases in the murder statistics.

"...while the perception out there is that these murders are committed by adults on children, in some instances, it's children who are killing their peers."

Police minister Bheki Cele said the 21,022 people murdered accounted for a 3.4% increase in the crime.

Nyanga has been ranked as the country's murder capital since 2014. It was followed by Delft and Khayelitsha, which recorded 247 murders and 221 murders, respectively.

The scourge of deadly cash-in-transit heists in the country has declined significantly.
News
2 years ago

Of the top 30 police stations with the highest number of murders recorded, Western Cape occupied 10 spots, followed by Gauteng with eight and KwaZulu-Natal with six.

"The rate of increase [in murders] is slowing down. However, when translated to percentage change, the figure reflects an increase of 2.6% in all contact crimes," Cele said.

Meanwhile, Tebogo Lekotje, whose 13-year-old daughter Karabo, her mother Nomfundo Khoza, and five other family members were killed and buried in their Vlakfontein home in October 2018, said he still wanted justice.

Ernest Mabaso and Fita Khupe were arrested for the murders. Mabaso died in a holding cell in Cape Town in January while Khupe had charges against him provisionally withdrawn.

Lekotje said it was difficult for him to comprehend how seven people could be murdered yet the state had nobody to prosecute.

"I think about my daughter all the time. It pains that nobody will be held accountable for my daughter's murder. I still want justice because I want closure."