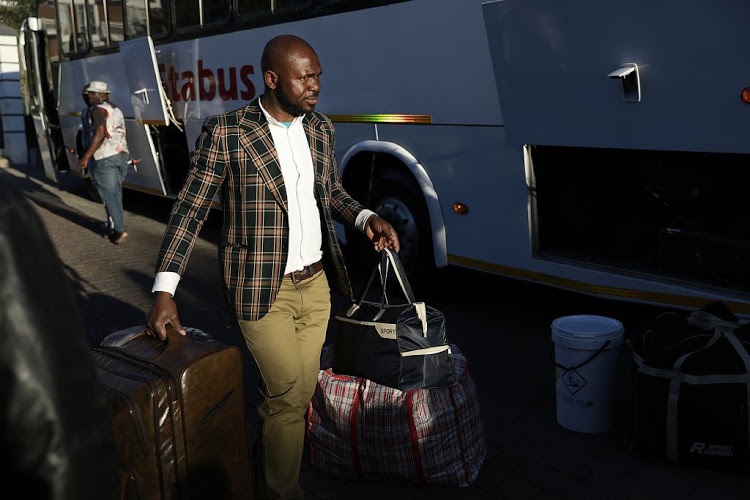 As Nigerian nationals were being repatriated this week following a wave of xenophobic violence in SA, the writer notes that despite its progressive constitution, SA has still not overcome the prejudicial psychology brought by colonialists.
Image: ALON SKUY

There are many things that are an ongoing weakness in the structure of South African society today. But for the purpose of this column, I have chosen to look at a few to illuminate the latest outbreak of attacks on foreign nationals.

The first weakness is the devastating inequality that has seen the gap between the poor and the rich widening. According to the World Bank, South Africa is the most unequal society in the world.

The second weakness is the high levels of unemployment, 29%, which is deeply concerning in that the burden of unemployment is concentrated among the youth (aged 15-34 years) as they account for 63.4% of the total number of unemployed persons, according to Stats SA.

The third weakness is that prior to 1994, South Africa was cut off from the rest of the African continent and existed like an island. If you're confused about this, you simply need to tune into talk radio and hear presenters talk about "going into Africa" as if South Africa is geographically not in the continent.

The segregation that separated SA society within itself was also alienating to its neighbours, whose citizens became aliens in this country. Therefore South Africa today, despite its progressive constitution, has still not overcome the prejudicial psychology brought by colonialists.

The past two weeks' unrest that targeted foreign-owned shops and foreigners therefore was not surprising. This, however, is not to mask or downplay the real issues that were being raised by these communities.

Perhaps I must make a disclaimer now that I am also a foreigner from Lesotho, who has lived in this country as a migrant worker for close to two decades. I am married to a South African and two of my three children were born here.

Nigerian foreign minister calls for calm, patience in SA as 170 land in Lagos

Nigerian foreign affairs minister Geoffrey Onyeama has appealed to his countrymen in South Africa to remain calm and patient as his government tries ...
News
2 years ago

I have never felt threatened during all the incidents of xenophobia that have taken place since 2008. In fact, on several occasions I was on the ground interviewing people behind the attacks and reporting on the plight of the displaced fellow foreigners.

But I have on many occasions come across the prejudice about "foreigners stealing our space, stealing our women, our jobs and money", and that foreigners are responsible for the high levels of crime in SA.

I have also been told: "You must go back to Lesotho and fix your country."

My relationship with SA takes root in the history of the migrant labour system. My father was a mineworker who worked here for over 35 years. My two uncles also worked in various mines in Joburg.

I'm against the attacks on foreign nationals, but we must not run away from the fact that like any country in the world there must be procedures to ...
Opinion
2 years ago

Growing up in Lesotho, SA was always a land of opportunity to eke out a living for my family. And that opportunity for me started when I enrolled for journalism at the Walter Sisulu University in East London, which opened the door for me to work and live here.

While my commitment to SA has grown exponentially since then, I remain a citizen of Lesotho. Now just as much as almost every South African today would concede that racism is still part of this country's breathing mechanism from time to time, so are prejudices against foreign nationals, in particular black foreigners.

I haven't come across any British, Greek or French nationals that have experienced xenophobia in SA. But I have heard of it among Nigerians, Congolese, Zimbabweans and Somalis, to mention a few. As a nation, SA still has a lot to do in terms of people's mindset.

EFF leader Julius Malema recently spoke out against the wave of xenophobic attacks in the country, saying 'only a united Africa can resolve the ...
News
2 years ago
Next Article