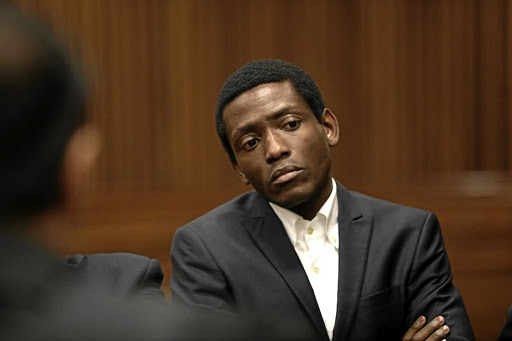 Controversial businessman Vusi Mathibela has lost his trusted right-hand man in his uncle Suthu Mathibela who was gunned down on Tuesday evening. / Thulani Mbele

A Mamelodi taxi boss and uncle of the feared Vusi "Khekhe" Mathibela was killed in a hail of bullets after gunmen ambushed him in a drive-by shooting on Tuesday evening, police confirmed.

Police said Suthu Mathibela, 64, the deputy chairperson of the Mamelodi Amalgamated Taxi Association, was killed while driving by himself out of the township for KwaMhlanga in Mpumalanga .

He was ambushed by men in a VW Polo while he was driving a double-cab bakkie at around 7pm at the Cullinan road intersection on the eastern side of the sprawling township, east of Pretoria. Suthu is now the second executive of the embattled association to be shot dead in three months.

Treasurer April Mnguni was gunned down in Soshanguve in August as he was leaving church.

Sowetan understands that Suthu was a person of interest in the Gauteng police investigations into extortion and money laundering allegations against Khekhe. It is also understood that Suthu was going to be charged alongside his nephew.

Spokesperson Brig Mathapelo Peters confirmed Suthu's killing and appealed to those with information to contact the police.

Suthu had previously been assigned bodyguards but according to Mamelodi taxi operators he stopped having protection after their two-day strike in April over alleged R200 weekly protection fees which were paid to Khekhe.

After the two-day protests it was agreed that the fees paid to the association would be cut by half. "It's clear that his bodyguards were being paid with the R200s we were forced to pay because ever since we started paying R100s, Suthu stopped having bodyguards," a taxi operator told Sowetan.

Khekhe, 32, had been in police custody for more than two weeks when the protests which shut down the eastern part of the township erupted.

Taxi operators who spoke on condition of anonymity described Suthu as Vusi's eyes and ears at the association and as a person who had allegedly played a key role in ensuring that the association paid his nephew a protection fee.

Those close to the police investigations claim that other taxi operators believed that the association's money was still finding its way to Khekhe, even though he's been locked up in jail awaiting his trials.

Khekhe will return to court in two weeks time.

An investigating officer, who was part of a team that apprehended two of the four men accused of killing North West businessman Wandile Bozwana, ...
News
2 years ago
Next Article