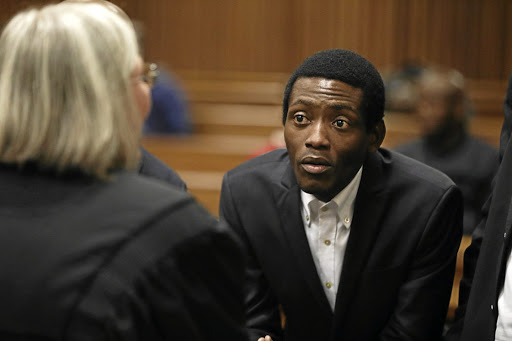 Notorious Mamelodi taxi boss Vusi Mathibela's legal woes have been compounded after he failed to convince the court to have his bail in a murder case reinstated.

Judge Bert Bam yesterday said the state proved that Mathibela breached the terms of bail conditions after he failed to hand over his passport.

Prosecutor Advocate Andre Fourie argued that the state's application was based on Mathibela's arrest in connection to extortion charges in March.

"We further argue that the applicant (Mathibela) failed to surrender his passport to the state after being instructed to do so by the courts.

"The third point on which our application is based is that the applicant (Mathibela) allegedly intimidated a witness (in the Bozwana matter)," Fourie told the court.

The uncle of feared Mamelodi taxi boss Vusi Mathibela has pleaded with the courts to grant his nephew bail, saying the family's taxi empire is being ...
News
2 years ago

Mathibela's legal representative, Annelene van den Heever, told the court the state's basis of its application was flawed as he complied with the conditions and surrendered his passport.

She argued that it was in fact the investigating officer who returned Mathibela's passport that he could travel to Malawi.

She argued that Mathibela surrendered his passport again and had it returned when he planned to go on holiday with his family to Dubai this year.

Mathibela, along with Sipho Patrick Hudla, Matamela Robert Mutapa, and Bonginkosi Paul Khumalo are expected back in court in murder case of Bozwana where they face charges of murder, attempted murder and illegal possession of firearms and ammunition.

Meanwhile, Mathibela also appeared briefly in the Pretoria magistrate's court yesterday where he faces charges of extortion and assault.