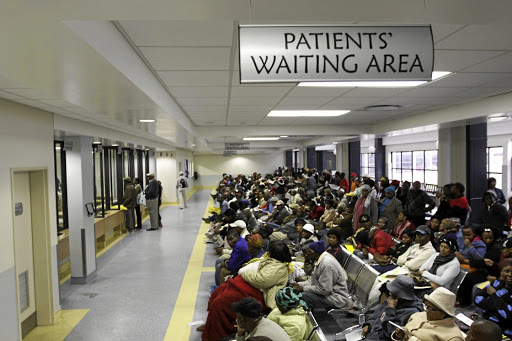 The NHI promises to provide patients with care that is free at the point of service.
Image: GALLO IMAGES

The government’s proposed deadline for establishing the National Health Insurance (NHI) fund is too short, the Finance and Fiscal Commission (FCC) warned parliament on Wednesday.

The fund is a central pillar of the government’s plans for achieving universal health coverage, which promises to provide patients with care that is free at the point of service. The mechanism and timeline for implementing the fund is set out in the NHI Bill, which is now being considered by parliament. It proposes that the fund be fully operational by 2026.

“The 2026 timeline is too short a target to complete all the necessary steps before the fund is established,” FFC researcher Eddie Rakabe told parliament’s portfolio committee on health, BusinessLIVE reported.

The FFC is an independent advisory body, which the state is required, by law, to consult on revenue that flows to different spheres of government.

Rakabe set out the hurdles to be overcome, which include establishing administrative capacity; designing benefits and payment mechanisms; and dealing with the politically sensitive issue of how functions and funds now allocated to provincial health departments are shifted. The bill envisages that hundreds of units will contract with service providers on behalf of the centrally managed NHI fund, a function now performed by provincial health departments.

NHI is a journey, not a destination, says health minister Dr Zweli Mkhize

“The implementation plan is going to need rigorous planning and sequencing,” said Rakabe. He highlighted some of the FFC’s concerns about the bill, saying the inter-governmental fiscal relations arrangements have to be resolved before large budgetary commitments are made to the NHI.

“The health department has to consult the FFC before any function shifts,” he said.

Rakabe also drew attention to historic underspending on NHI conditional grants allocated to provinces, which he said was partly due to the frequent changes made to the grant in a relatively short period. Conditional grants ring-fence funds for specific programmes. The NHI grant was the only conditional grant that underperformed in the past financial year (2018/2019), he said.

The DA’s health spokesperson, Siviwe Gwarube, said provinces had performed “incredibly poorly” when it came to spending their NHI grants. “This was largely because the national health department rushed the allocation of budgets before ensuring that provinces had the capacity to spend these grants. This form-over-function tendency is what will characterise the NHI implementation. That is our deep concern.”