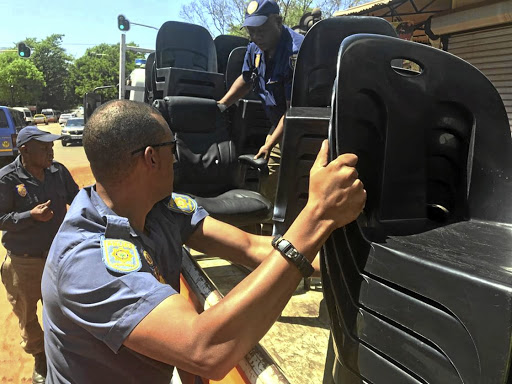 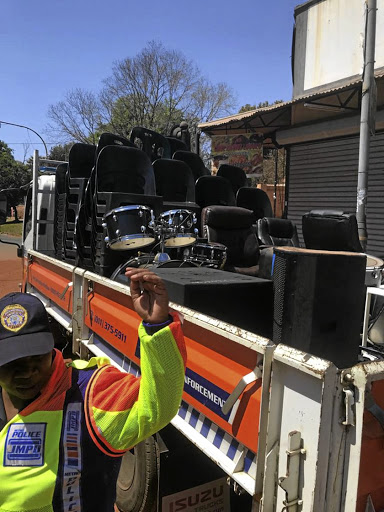 Johannesburg metro police will be intensifying raids on churches that violate by-laws which include members parking on pavements and playing loud music during services, especially on Sundays.

This comes after 20 churches in Yeoville were raided on Sunday in an operation which saw tables, chairs and musical instruments worth about half-a-million rand impounded. The churches are now liable for a R3,200 fee to be able to recover their impounded items.

Johannesburg Metro Police Department (JMPD) spokesperson Wayne Minnaar told Sowetan yesterday that the raids were a response to an "increased" number of complaints by residents about loud music, congestion of sidewalks and double-parking incidents during church services.

"There will be regular raids because the city's by-laws are being contravened ... due to excessive loud music, traffic obstruction with the overcrowding of the pavement, double and triple parking incidents," Minnaar said.

These are the most dangerous roads in Joburg - according to JMPD

The Johannesburg Metro Police Department has identified the hot spots where most fatal road accidents took place in July.
News
2 years ago

He said a number of churches in the city were also contravening the National Building Regulations and Buildings Standards Act and zoning regulations, among others.

"A building must be zoned for the purposes it's being used for... a church cannot operate in a block of flats before the building has been rezoned for purposes of being used as a church," Minnaar said.

He said 10 of the churches raided on Sunday were found to be operating illegally.

One of the churches raided was the Faith Tabernacle Ministry in Yeoville where speakers, microphones, mixers and musical instruments were impounded.

JMPD police chief David Tembe tweeted that the "illegal church operation" was conducted in collaboration with the SA Police Service.

Commission for the Promotion and Protection of the Rights of Cultural, Religious and Linguistic Communities (CRL) chairperson Prof David Mosoma called on church and religious leaders to ensure that they operate within the confines of the country's laws.

Mosoma said the CRL can only "intervene in the event of unjustifiable closures of religious institutions that are in compliance with the law". "The violation of by-laws of any municipality is not acceptable and cannot be encouraged."

The City of Johannesburg said it had launched an internal investigation into the death of a man who died while in metro police custody.
News
2 years ago

Lawless bandits must pay for their actions.
Lifestyle
2 years ago
Next Article