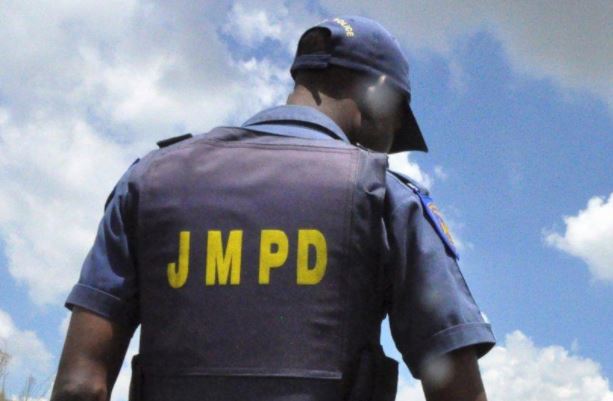 The city of Johannesburg is investigating the sudden death of a motorist who was arrested after jumping a red light and fleeing the scene.
Image: AllforWomen via Twitter

The city of Johannesburg has launched an internal investigating into the death of a man in metro police custody.

Public safety MMC Michael Sun said he had received a report from the head of the department of public safety regarding the incident, which took place on Saturday.

“The JMPD is in the process of an internal investigation into the incident,” said Sun.

He said the Independent Police Investigative Directorate was also investigating.

“It is alleged that on the night in question, the motorist disregarded a red light at William Nicol and Sandton drives. The motorist then failed to stop when indicated to, rather opting to speed off. This resulted in the JMPD giving chase,” Sun said.

According to Sun, the report he received indicated that the motorist collided with a curb while the cops were giving chase. This resulted in his vehicle stopping in a nearby park.

“The man was allegedly under the influence of alcohol and was arrested. Shortly thereafter, he allegedly informed officers that he was experiencing difficulties with breathing,” said Sun.

The motorist was taken out of the JMPD vehicle and medical assistance was called to the scene, Sun said.

“Sadly, upon the examination by medical team on site, the man was declared dead.”

Sun said it would be premature to speculate on the precise cause of death.

“If any wrongdoing is determined by the ongoing investigations, the city will be sure to take immediate action.

“This said, I would like to convey my sincerest condolences to the family and friends of the deceased and wish to extend our hand in assisting the family in this difficult time.”