Rapist whose tongue was bitten off by victim gets life term 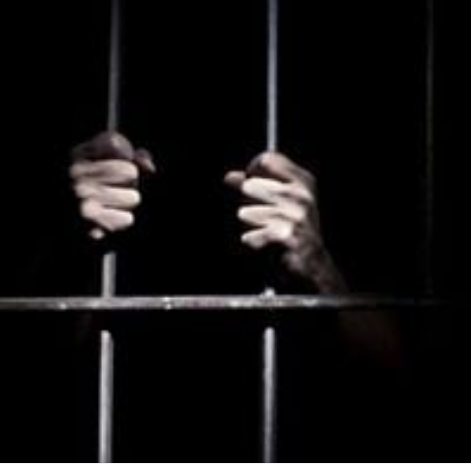 A 42-year-old Free State rapist whose victim bit off a piece of his tongue has been sentenced to life imprisonment.
Image: Supplied by SAPS.

A convicted rapist who had a piece of his tongue bitten off by a victim has been sentenced in the Bloemfontein Magistrate’s Court to life imprisonment for housebreaking and rape.

Free State police said it was revealed during the trial that a 28-year-old woman had been asleep in her rented room when she was awaked in the early hours of April 6 2018 by a man instructing her to take off her clothes.

A 24-year-old Free State female doctor bit a man’s tongue so severely he required surgery‚ after he allegedly attempted to rape her at the hospital ...
News
2 years ago

“The victim refused but the suspect put a knife on her neck and threatened to stab her. The suspect then tried to kiss the victim but she managed to bite off his tongue and throw the piece on the floor. She continued wrestling with the accused and when she could not fight him anymore, the accused managed to rape her repeatedly before fleeing the scene.

“After the ordeal the victim went to seek help from neighbours who took her to hospital where, though she didn’t initially know who her assailant was, she managed to recognise him with the bitten tongue. As the accused saw the victim, he ran away without being given medical care,” police said.

“A case of rape was registered and was assigned to Constable Nthoba of the Mangaung Family Violence, Child Protection and Sexual Offence Unit. (FCS), who left no stone unturned during the investigation to ensure that Mohapi was arrested and remained in custody until he was sentenced.”

FS health department responds to yet another doctor attack

Merely days after a Free State doctor fought off her would-be rapist, another doctor was robbed at Pelonomi Hospital in Bloemfontein.
News
2 years ago

Survivor tells how she restored her dignity.
News
3 years ago

A 24-year-old man accused of allegedly raping a 66-year-old Eastern Cape woman — who bit off a piece of his tongue during the ordeal — appeared ...
News
6 years ago
Next Article