'I pleaded with her not to leave us', family of shot pupil speak out 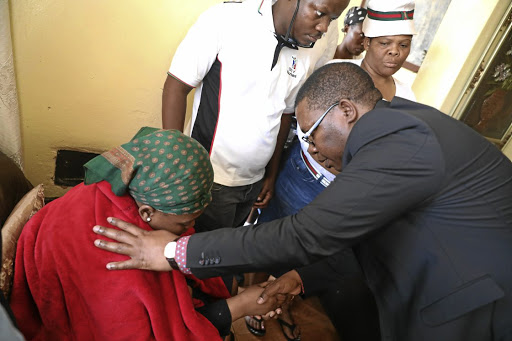 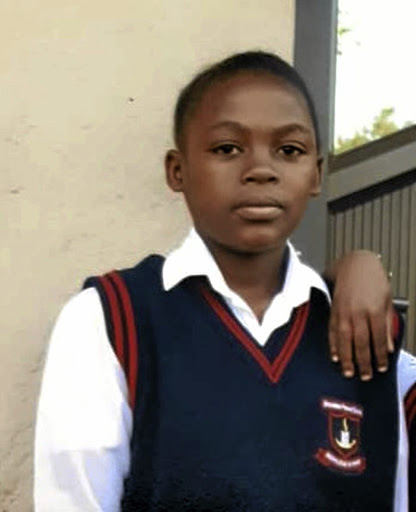 A taxi feud has claimed the life of a 12-year-old pupil who was hit by a stray bullet in Katlehong, east of Johannesburg, this week.

Rethabile Rapuleng, a grade 6 pupil at Mogobeng Primary School, was caught in the crossfire on Wednesday when a group of five men travelling in a Quantum opened fire on a 51-year-old taxi owner who was at the school to fetch his two grandchildren.

The incident took place outside Izibuko Primary School - a few blocks from Rethabile's home in Katlehong.

Rethabile was shot in the head when shots were fired by the men alleged to be from a rival taxi association to that of the 51-year-old taxi owner identified only as Mpongose. The taxi owner died on the scene.

Yesterday, Rethabile succumbed to her injuries at Bertha Gxowa Hospital in Germiston, in Ekurhuleni, leaving her devastated mother Motshidisi, 29, numb.

The brazen shooting took place in front of primary school kids who had just returned from a school trip.

A grade 6 pupil, shot dead outside a primary school in Ekurhuleni, was killed by a stray bullet, fired as attackers gunned down their intended ...
News
2 years ago

Her aunt Zanele Molefe, 41, said the family was shattered and found it difficult to come to terms with her sudden death.

"She was playing outside with her cousins when we heard gunshots. As I rushed outside to warn them they had already left to go in the direction of the school and I guess they were excited to see their friends coming back from a school trip," she said.

Molefe said she was standing outside the house when Rethabile's friends came calling her name, saying that she had fallen.

"I thought she was running away when she fell down. I rushed to where she had fallen and she was lying next to the taxi owner. She had a bullet wound in her head.

"We could not wait for an ambulance and we immediately rushed her to hospital. On the way I would occasionally call her name and every time I did that she would breathe deeply.

"I pleaded with her not to leave us, but there was no hope because the brain was already coming out of her skull," Molefe added weeping.

Molefe described Rethabile as a quiet child who loved playing with her cousins. Motshidisi was too distraught to speak. Lesufi said it should take the police 72 hours to arrest the perpetrators.

"An innocent life was taken away by selfish people. The thing that hurts me the most is that we have planted a seed of violence in the minds of our children.

"This is a photograph in their mind, they will never forget this moment. We call upon the police to hunt down the criminals," Lesufi said.

He said according to the information at the department's disposal, Rethabile was caught in a crossfire between taxi association rivals.