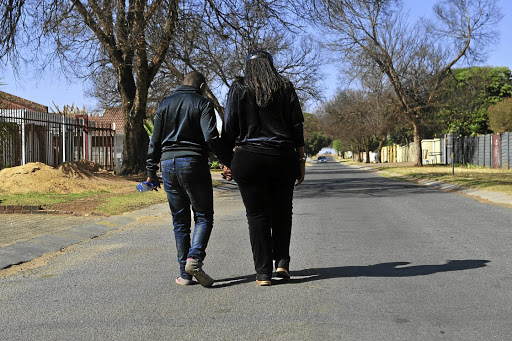 A 13-year-old boy who was allegedly raped by a worker at his for special needs has been forced to stay at home while the suspect is apparently reporting for work as usual. / Veli Nhlapo

A 13-year-old boy was allegedly raped by a general worker in a classroom of an East Rand school for special needs.

The incident happened on August 5 after the worker allegedly locked the boy with Down syndrome in a classroom.

Down syndrome is a genetic disorder which is usually associated with physical growth delays, mild to moderate intellectual disability, and characteristic facial features.

The boy's mother told Sowetan that instead of dealing with the matter, the principal said her son would have to spend three months away from school until investigations were concluded while the alleged perpetrator was allowed to return to work.

The boy's mother, who cannot be named to protect the pupil's identity, said she had spent over an hour looking for him at the school on the day.

"I was frantic when I didn't find him where I usually pick him up," said the mother.

Police said on Sunday that new rape kits had been received at the weekend and would start being distributed right away.
News
2 years ago

She said the worker came running in their direction but hesitated momentarily when he saw her with the teachers.

"He wanted to stop running and panicked then slowed down and got into a walking stride before asking us what was wrong. The teacher told him that we were looking for a missing boy. He offered to help us find him, saying that my son was probably asleep in one of the classrooms," she said.

"He went to one classroom and unlocked it. It was strange that my son came out immediately - not like someone who was asleep - but like someone who had been up and was waiting for the door to be opened. I didn't pay much attention to it because I was happy to have found him," she said.

Police spokesperson Capt Ramothaki Maqwabe confirmed that a rape case was being investigated but said no arrests had been made.

The mother said her son acted strangely after being found and was not as jovial as usual.

"His eyes were red as if he was crying and when we stepped into the vehicle I noticed a smell emanating from him. As if he didn't wipe himself properly after using the toilet," she said.

The mother said she was horrified when she took off his clothes and found blood stains and semen on his underwear.

"I was shocked and horrified. I was on the floor when my senses returned to me. I couldn't believe what I was seeing. I asked my son what happened and he told me that the general worker had sexual intercourse with him.

"He said this was when I was looking for him and that he beat him and threatened to kill him if he responded to my calls," said the mother.

Two elderly KwaZulu-Natall ladies both became victims of separate brutal attacks in the month dedicated to women.
News
2 years ago

She said she took him back to school to report the incident and then went to the local clinic.

"The doctors checked him the next day and confirmed that he was raped. What upset me was the school's decision not to suspend the man who did this but told me to keep my son at home until the investigation was finalised," she said.

"But I reported it to the department [of education] and it intervened. I was then told that my son could return and the worker would be limited to the school's garden and not around the classrooms."

She said what bothered her was that despite opening a case of rape, the suspect is yet to be arrested.

"What more do the police need? We gave them a statement and they know exactly who needs to be arrested."

Education spokesperson Steve Mabona disputed the mother's claim and said the worker was suspended with immediate effect after they learnt about the incident and that he will appear in a disciplinary process in due course. He said the school followed the correct procedure in dealing with the incident.

"The matter has been reported to the police and we will request the police to escalate this sensitive case to the province for necessary attention," Mabona said.

He said the child and his mother were also provided with counselling to deal with the trauma.