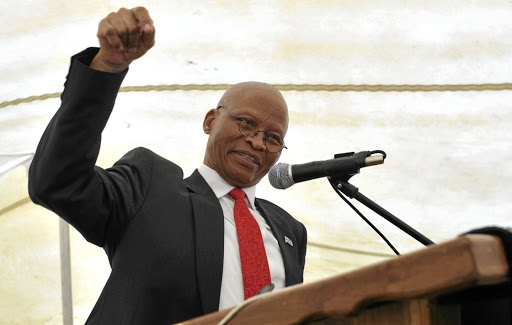 Chief justice Mogoeng Mogoeng says he has warned judges to be more sensitive when giving bail to women abuse suspects.

Speaking to women judges as part of Women's Day celebrations in Mbombela on Saturday, Mogoeng said bail for murder and rape accused shouldn't be given where there is potential for threat to intimidate victims.

"Bail is a very sensitive issue, but I believe that the guidelines for granting or not granting a bail if properly followed, we shouldn't be having some of the problems we have had before because when the evidential material gathered in the case shows that there is a likelihood that this person would do what he did before or threatens the witness, then you do not grant bail," said Mogoeng.

He added that what he has learned from his colleagues within the judiciary system, the attitude is that suspects accused of murder or rape should not be given bail.

"Once you are accused of murder or any of the serious crimes, including sexual offences and attempted rape, you shouldn't get bail.

"You are guilty already, what are you getting bail for," said Mogoeng.

I acted in good faith, says Mkhwebane over Bankorp report

Public Protector Busisiwe Mkhwebane has maintained that she acted in good faith in her investigations involving the South African Reserve Bank, ...
News
2 years ago

He said the government should give black lawyers work so that they can have experience and get the money to be sustainable.

"Then you will see even big black firms rising."

He said judges should not act for more than seven years in the justice system.

During a question-and-answer session Mogoeng said #FeesMustFall students who have fought for free education should ask for amnesty from the president as the justice system only works within the law.