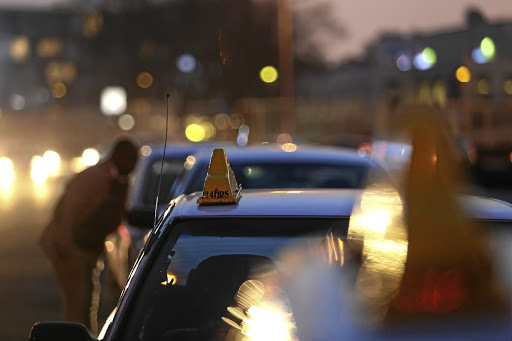 Uber is investigating if the rape accused is its registered driver. / Moeletsi Mabe

A 24-year-old e-hailing driver has been arrested for allegedly raping a female passenger in Protea North, Soweto, this week.

Police spokesperson Sgt Vincent Mashiteng said the "Uber" driver was arrested after a 26-year-old female reported the rape to the police on Tuesday night.

Mashiteng said the woman told the police she requested an "Uber" when she was at Maponya Mall to take her home.

Mashiteng said the woman said that there were other people in the car who had also requested the same vehicle.

"The female victim was the last one left after other passengers were dropped off and the driver drove away with her to a secluded area and raped her."

Mashiteng said the driver was arrested after the incident was reported and a case of rape was registered.

"The Uber driver will appear at the Protea magistrate's court [soon] where he will be formally charged with rape," he said, adding that further investigation are under way.

"Though we can't confirm at the moment if the man arrested was indeed our driver, we are in contact with law enforcement [agencies] and are investigating the matter. [If the incident indeed happened] this would be a clear violation of our community guidelines. We take any incident of this nature very seriously.

"The safety of our riders and drivers is a top priority for us. If any incidents are reported, we work to support local authorities with their investigation. Uber's Incident Response Team (IRT) is available 24 hours a day, seven days a week to respond immediately to any reported incidents or accidents globally."

In the first incident, a case of rape was opened at the Ibisi police station on the south coast after an 86-year-old woman was allegedly raped by an unknown man.

Gauteng education MEC Panyaza Lesufi has placed Thuto-Lesedi Secondary School in Vosloorus in the bottom 21 schools that are problematic in the ...
News
2 years ago

"An 86-year-old woman was asleep at her home when she was attacked by an unknown suspect, who raped her.

"The incident is being investigated," said Gwala.

The ANC Women's League in the province condemned the "distasteful incident".

Gwala said the 79-year-old's body was found in the garage of her Newlands East, Durban, home on Tuesday. She had head injuries.

"Charges of robbery and murder are being investigated," Gwala said.