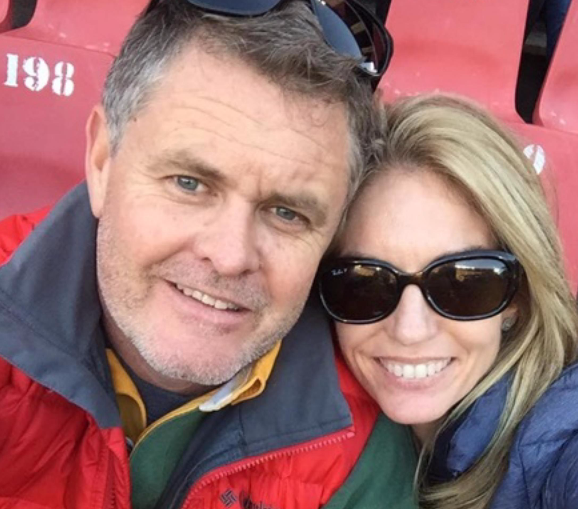 Jason Rohde and the wife he murdered. Denying him leave to appeal a bail ruling, the judge said Rohde was a flight risk and had South African, Australian and UK passports. File photo
Image: Facebook

Wife killer Jason Rohde is pinning his hopes of being released on bail on the supreme court of appeal (SCA).

This after the high court in Cape Town dismissed his application for leave to appeal against its decision not to grant him bail.

After a brief hearing on Friday, judge Gayaat Salie-Hlophe ruled that no other court could come to a different decision to hers. Salie-Hlophe dismissed Rohde’s application for release on bail pending his appeal against his conviction and sentence in the SCA on Thursday.

Salie-Hlophe said Rohde was a flight risk and had South African, Australian and UK passports. He also has dual SA and Australian citizenship.

Salie-Hlophe said the real estate mogul had travelled to England for the Rugby World Cup in 2015 using an expired SA passport and returned on his Australian one.

"This in my view illustrates a comfortable ability on the part of [Rohde] to stay in travel mode, vacillating between passports of different countries, notwithstanding it having been expired," said Salie-Hlophe.

Jailed wife killer Jason Rohde has failed to get bail pending his appeal.
News
2 years ago

"In the bail application before the lower court, Mr Rohde declared the value of his estate, which included an active account in Australia with an approximate balance of AU$14,000 [about R145,000] and an investment portfolio purchased on an overseas platform, National Australia Bank.

"It was submitted for the state in the bail application in the lower court that given the nature and seriousness of the charges, the state can never say that Mr Rohde is not a flight risk. Clearly, in circumstances where Mr Rohde has subsequently been convicted as charged, the test for bail cannot be lighter, nor the risk of flight," she said.

Rohde’s lawyer, Tony Mostert, said during the hearing on Friday that they intended to file the papers shortly so the SCA could hear the appeal on an urgent basis.

Salie-Hlophe jailed Rohde in February for the murder of his wife, Susan. The former property executive was also handed a five-year sentence for defeating the ends of justice for trying to make the murder look like suicide.

Rohde killed his wife, with whom he had three daughters, in a room they shared at Spier, near Stellenbosch, in July 2016. Rohde was at a work conference and Susan insisted on joining him after she had discovered that he was having an affair.

Judge Gayaat Salie-Hlophe described the murder as "callous, brutal and shocking" as she handed down the sentence.
News
3 years ago

Wife killer Jason Rohde’s selfishness could land his children on the streets.
News
3 years ago
Next Article