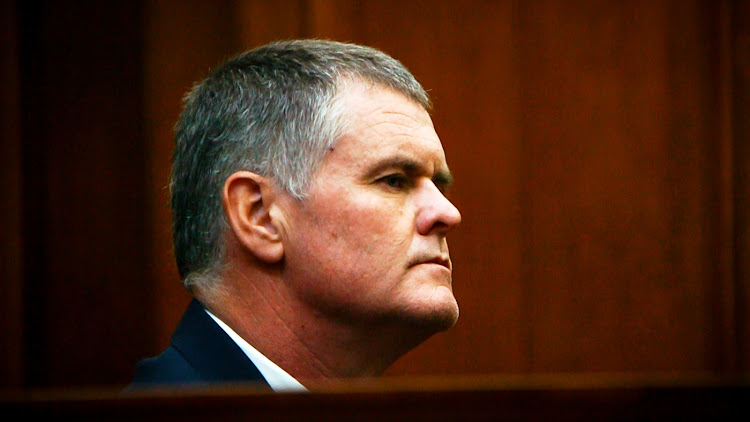 Wife killer Jason Rohde has been sentenced to an effective 20 years imprisonment by the Western Cape high court on Wednesday.

The former property consultant was convicted last year of murdering his wife Susan at an event at Spier in Stellenbosch in 2016.

During sentencing, Judge Gayaat Salie-Hlophe described the murder as "callous, brutal and shocking".

"The degree of violence you meted out on your wife was egregious. It was excessive and exhibits horrifying aggression. You executed successive blows and fatal force in the taking of her life," Salie-Hlophe said.

She added it was a significant feature of the crime that he did not hesitate or call for medical assistance.

Susan had insisted on attending the event as she was suspicious of Rohde after finding out he was having an affair with Cape Town estate agent Jolene Alterskye.

Salie-Hlophe found that Susan's death was consistent with manual strangulation and asphyxiation, and that Rohde had tried to make it look as though his wife had hanged herself with the chord of a hair iron from a hook on the back of the bathroom door.

During arguments ahead of the sentencing, witnesses sympathetic to Rohde said much about how his children would suffer if the high court meted out a harsh sentence.

But the prosecution produced evidence that a policy held by his deceased wife had paid close to a million rands into a trust set up for their three daughters' upkeep.

Property mogul and convicted murderer Jason Rohde was handed a life sentence in the Western Cape high court for the murder of his wife Susan. Judge Salie-Hlope found Rohde guilty of murdering Susan at Spier wine estate in 2017.