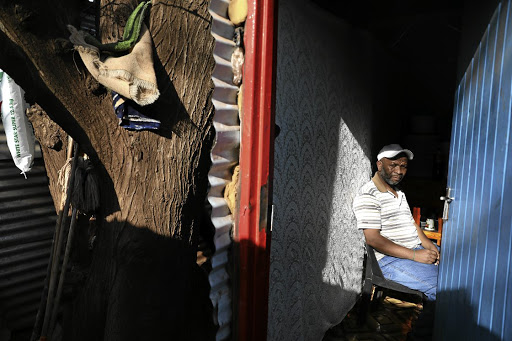 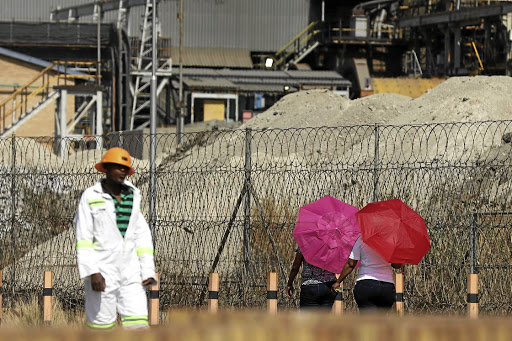 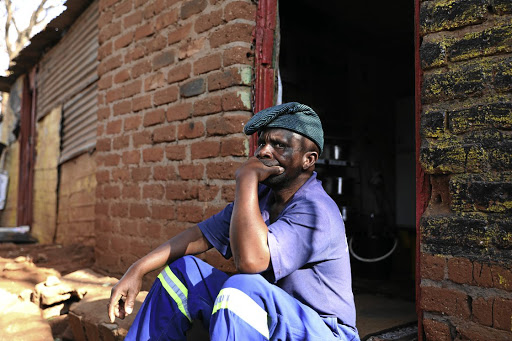 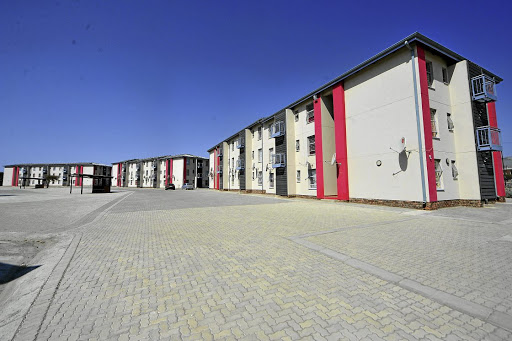 Dust fills the air as two tired-looking middle-aged men clad in white mining overalls and gumboots drag their feet in an open space between the platinum mine and a shack sprawl near Marikana in the North West.

Mine dust hangs permanently in the air as locals go about their business.

This is Wonderkop, a platinum-wealthy area which was thrust into the spotlight seven years ago when 44 people died including 34 mineworkers who were gunned down by police during the Marikana Massacre.

The roads are still in a poor state, service delivery almost nonexistent as water from leaking water pipes perpetually flows onto gravel roads creating mud cars must navigate through.

Locals here speak of intermittent water cuts which often last for 12 hours. Most households have to store water in preparation for their taps running dry.

Judge Ian Farlam, who investigated the massacre, in his March 2015 Marikana Commission, was scornful about the housing conditions of mining employees.

Marikana ghosts will reveal all

Whether you like it or not the ANC is corrupt, thanks to those who voted for it.
Opinion
2 years ago

Farlam lamented the poor housing conditions Lonmin had created that were a source of tension, labour unrest, disunity among employees.

Sibanye-Stillwater, which acquired Lonmin, has made available more than 2,300 housing options to its workers in the last five years.

These include modern three-storey blocks of flats which have become home to more than 1,200 workers on a rental basis since last year.

There's also 1,149 additional two-bedroom homes the mining company has developed and made available for sale either through direct purchase or by a rent-to-buy scheme.

Sibanye-Stillwater said between 2014 and 2018, it budgeted R500m over five years to develop 1,240 modern apartments and complete the transformation of its hostels into family units in compliance with the mining charter. The deadline for this was four years ago.

According to the Chamber of Mines research has shown most migrant workers in the mines were not keen to permanently settle in mining towns. They preferred having homes in their rural villages and return to them upon retiring.

To date, the Sibanye-Stillwater said only 374 people have taken ownership of the two-bedroom houses while the rest were taken on a rent-to-own basis.

Lonmin's wage offer a slap in the face of workers: AMCU

South Africa's Association of Mineworkers and Construction Union is disappointed by a wage offer for workers at Lonmin, which was acquired by ...
Business
2 years ago

Thousands of workers in Marikana still live in shacks while some are renting rooms or backyard rooms. Most of the workers Sowetan spoke to said they were desperately looking for affordable and decent housing options which were very few.

Dibete Ramole, 52, from Mafeteng in Lesotho, a rock drill operator, said he did not like living in a shack but he had limited options.

"I would like a proper house, similar to the flats near the mine. I can't continue to live like this," Ramole said.

Xolani Nzuza, an Association of Mineworkers and Construction Union (Amcu) shop steward, was among those in the forefront of the 2012 strike over salary increases. He still lives in a rented room.

Amcu became the dominant union in the platinum sector following the massacre.

Nzuza said he's renting out a room because he couldn't get a space in the newly-built flats for which he had also registered.

"My name is still far down on the list, so I don't have any hope of finding space in the flats," Nzuza said.

He said although there were few rock drill operators who still earned under R12,500, better salaries was all they had to show since 2012.

"The lowest earner must be taking around R10,500... but besides that what else has improved? Nothing," he said.

Lebohang Maswenyane, 43, from Berea in Lesotho, also lives in a rented shack. He lambasted the mine for unnecessarily investing in expensive flats.

"Why would a mine build flats like that while all we needed was just basic and decent housing," Maswenyane said. He said his name was also far down on the list and it would take years before he got allocated a place.

"Dust gets into my shack all the time, when it's cold the shack turns into a fridge; when it's hot it becomes an oven. I can't continue to live like this."

Andile Radebe, 61, a mine general worker, from Dutywa in the Eastern Cape said he is just looking forward to his retirement next year.

He has lived in a tiny rented one-roomed abode for the 21 years he has been working at the Marikana operations.

"My stay here is coming to an end. There's no point in complaining," he said.

Lerata Mokoena, 45, from Matatiele in the Eastern Cape is among the lucky few who now live in the one-bedroom flats at R750 a month.

Although he's happy with the condition and permanent access to water and lights, he bemoaned the size saying they were too tiny.

"My children visited during the school holidays, we were crammed into this tiny place... I don't think flats were such a good idea," Mokoena said.

The apartments have a small open plan lounge/kitchen.

The lounge area is less than 3-metres wide, may struggle to fit a standard three-seater couch.

The flats are neatly tiled and are also equipped with a sink and small fitted cupboards.

Mokoena said it would have been better had the mining company consulted them first on what their housing needs were before building the flats.

"We need houses with yards, so that we could be able to have things like gardens and children could have a safe place to play in," Mokoena said.

Doreen Mbulawa, 46, from Kagiso on the West Rand, also lives in the flats with her 13-year old daughter.

"I'm extremely happy here. It's safe, I have a flushing toilet that's mine, unlike in the room where I lived where we would constantly run out of water," she said.

Mbulawa, a general production worker since 2011, felt the mine had improved since 2012.